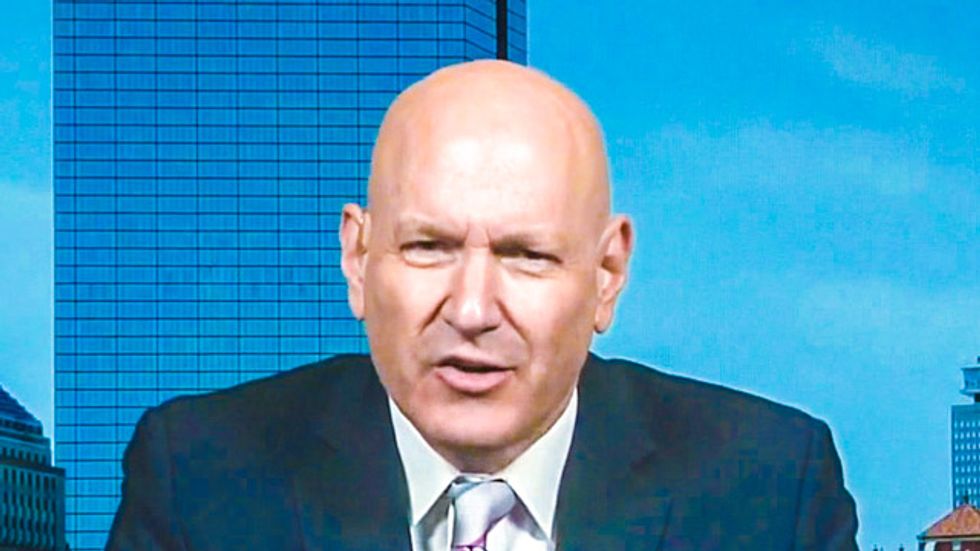 Only days after a California man killed six people in a misogynistic shooting rampage, Fox News stood up for the rights of men on Wednesday with a segment devoted to how they were discriminated against, and physically abused by women.

Fox News host Brian Kilmeade pointed to a British social experiment that showed people were less likely to intervene if a woman abuses a man in public, and asked resident psychiatrist Dr. Keith Ablow if his "studies" showed the same thing.

"This is the tip of the iceberg," Ablow opined. "Remember Lorena Bobbitt? Yep. She castrated her husband for cheating, and people laughed, and they told jokes on air about it. Can you imagine if a man did that to a woman for cheating -- dismembered her -- and people told jokes about it on air? That person would lose his job."

"Let's be honest," he continued. "Do we not know that when men go to divorce court that they prepare for the slaughter? They are, in a wholesale fashion, prejudiced against in that setting."

Ablow then noted that men have few rights when it came to forcing a woman to go through with a pregnancy when she was considering an abortion.

"Do we not know that we think of it as crazy that a man would have the right -- as I have suggested -- in say, the second trimester of pregnancy to block woman's pregnancy [from being terminated] because that's my baby too?" he asked.

"We think that's crazy. And yet, if a woman donated an ovum, and a man insisted, I'm going to use that with a surrogate, and have my own child, we'd say, 'Wait a second, that's her genetic material.' There's a huge double standard. Of course there is."

Ablow said that he worked with male victims of domestic abuse, but admitted that the cases were "much rarer" than violence against women.

"But really, it's the tip of the iceberg because these cultural problems," the Fox News Medical A-Team member explained. "Do you see a massive attempt to take the cancer industry, and apply it to prostate cancer, as opposed to the breast cancer world?"