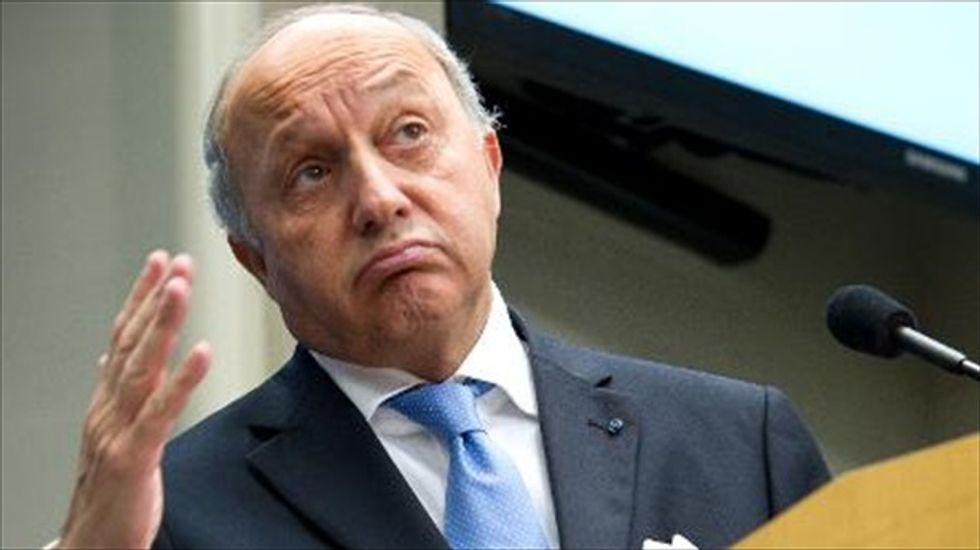 French Foreign Minister Laurent Fabius defended in Washington the sale of two warships to Russia, despite US opposition -- while leaving open the door to re-examine the contract in October.

Per a 2011 agreement worth $1.2 billion, France is to deliver two Mistral warships -- an advanced helicopter assault ship -- to Russia. The first is due October 2014 and the second in 2015.

France has so far resisted pressure to suspend the controversial contract, which has triggered protests from the United States and other NATO allies.

"France needs firmness lessons from absolutely no one," insisted Fabius. "France will do its duty, whether in regard to Ukraine or elsewhere."

However, "the rule with contracts is that contracts which have been signed are honored," the foreign minister said at a press conference during his two-day visit in Washington.

"Legally, we don't have the possibility of not honoring them," he added, explaining that Russia has already paid out "more than half" of the agreed fee.

The United States has pushed for France to halt the sale, saying it would be a clear sign of global anger at what they said was the "aggression" of Russian President Vladimir Putin toward Ukraine

The State Department expressed "concerns" and the issue was discussed during Fabius' meeting with his U.S. counterpart John Kerry on Tuesday.

The French official said Kerry had not formally requested Paris renounce the military contract, and he repeated that "the final decision will be made in October."

"It's at that moment that we will see what the legal context of this decision will be," he said.

He suggested that the sale could be hypothetically be halted if new international sanctions were imposed on Russia for its actions in Ukraine, in particular during upcoming May 25 elections.

"If obstruction makes the elections impossible, at that moment we could consider a higher grade (of sanctions) which could clearly concern any number of subjects -- the subject of energy, the subject of finance, or the subject of defense," Fabius noted.