Guns: So many people obsessing over a tool so few will ever use 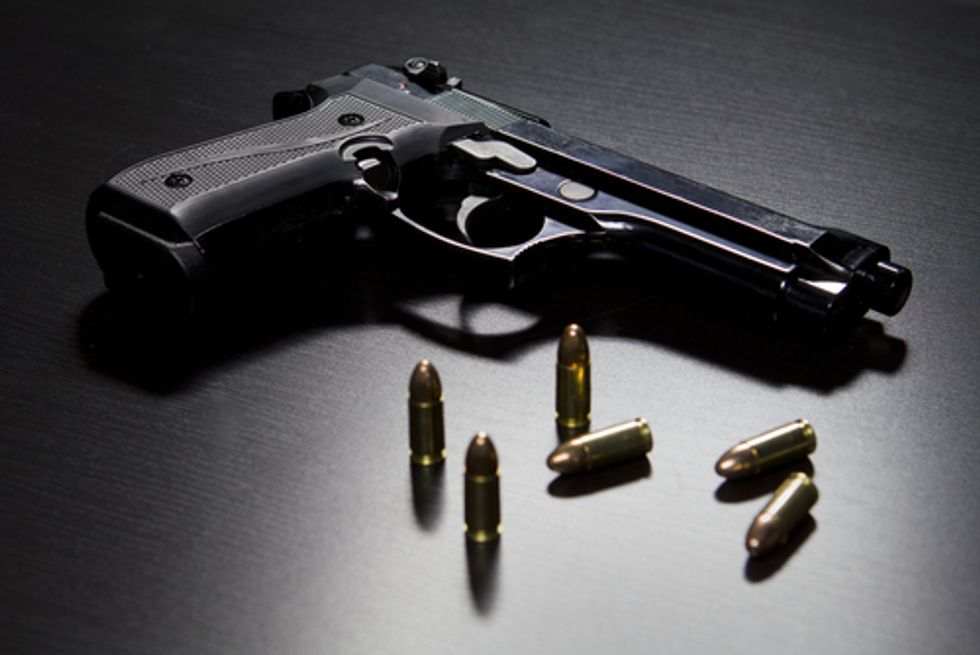 He announces triumphantly that he leaves it in a drawer. He just likes knowing it's there.

While reading this lengthy but important Mother Jones article about a subset of deeply devout gun nuts who not coincidentally also happen to be easily provoked misogynists, I found myself thinking about that scene in the show. And not just because of the phallic symbol thing. It's because the lack of tool-ness for this beloved tool of gun nuts is, I think, part of what is slowly driving them mad. Guns are like that dildo sitting in a box: They exist for no other purpose than to know you have one. Which is fundamentally silly, and much of the posturing and freaking out is, I suspect, an effort to live in denial of realizing how silly it is to be a gun nut.

"Guns are a tool." It's the mantra of gun lovers. But in order for a thing to be a "tool", you need to use it. The problem is that the function of a gun is to kill people. Unfortunately for gun nuts, murder is illegal. The only, in theory anyway, legal reason to kill someone is self-defense. But, realistically speaking, the "opportunity" for self-defense simply doesn't come up that often. The gun industry lobby would love you to believe people are banging doors down all the time and, if you are patient, one day that gun will come in handy. But I think most gun nuts know, deep down inside, that the odds that they will ever use their tool for what it's meant for are very low. Most of us simply will never have a legitimate reason to kill someone. No big surprise that some assholes, like George Zimmerman and Byron Smith, therefore go out of their way to create "self-defense" scenarios so that gun goes to use.

Even dumber are the people, who are the majority of gun owners now, that the industry has bamboozled into buying multiple guns. The odds of firing one into a live human being are low. The odds of using every gun you own that way are basically nil.

(I'm not talking about hunting weapons or even people who are legitimate sport shooters. Most gun stockpiling in this country is stockpiling of weapons meant for human-to-human violence. And while going shooting is fun, it's not an all-encompassing hobby that would make someone as fanatical about guns as our current stock of gun nuts are. They refuse to see guns as toys, but more as identity.)

That's one reason there's a vicious cycle of increasing anger and paranoia over guns, honestly. The only way to stave off acknowledging that you were foolish enough to spend time and money on this weapon is to spend more time and money thinking about guns and acquiring new guns. You swap stories of someone "getting" to shoot a home invader, distracting yourself from accepting that the odds of that happening fall well below the odds of you accidentally shooting someone with your fancy knick-knack. You create and share memes celebrating guns on Facebook. You buy more guns. You go shoot some more. You obsess over guns to distract yourself from admitting that your obsession is uniquely pointless, since the payoff of actually using your gun for what it's for will likely never, ever come. You don't think about the money you've spent in anticipation of killing someone that will never actually need killing. If that thought creeps up, just buy another gun to stave it off.

There's a lot going on in that Mother Jones article, and I have more thoughts coming next week on it. But what struck me was how pathetic the open carry crazies profiled in it are. They walk around toting guns and spend hours every week haranguing people who want even the mildest restrictions on gun ownership. They live their entire lives around guns. And it all seems like an elaborate rationalization. You spent the money on this damn thing and learned to shoot it. Since you're never going to actually get to kill someone, instead you run around brandishing it, hoping people look at it and feel afraid. It's a small solace, but at least you get something out of this pointless hobby of yours.