Jon Stewart: Let's just admit that America has been f*cking veterans over for centuries 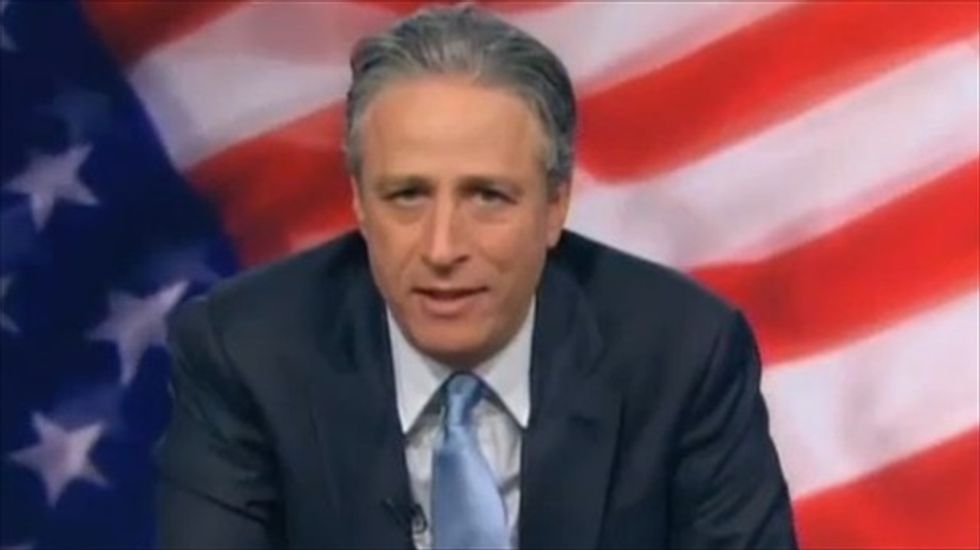 "Let's pretend that this current VA crisis is an anomaly created by one unusually callous and ineffective president -- but that would be just pretend" Stewart said. "Or, on this Memorial Day weekend eve, we can finally admit that America has had, for over 200 years, a great bipartisan tradition of honoring those who have fought for our freedom by f*cking them over once they give their guns back."

While present-day Republicans have been keen to pounce on the burgeoning scandal surrounding Veterans Affairs (VA) clinics in 26 cities, Stewart pointed out, they're not as ready to admit their role in budget cuts contributing to the department's problems. In one example, Senate Minority Leader Mitch McConnell (R-KY) was shown linking the scandal to the Affordable Care Act, three months after scuttling one February 2014 bill benefitting veterans by adding a "poison pill" amendment tying a VA budget increase to sanctions against Iran.

"These Republican senators have always stood up for our veterans -- when they think it can help them slam the president," Stewart chided. "It's slightly different when they think no one is watching."

And while the backlog of veterans seeking care has not abated under President Barack Obama's administration, Stewart observed, even Fox News' Bill O'Reilly did not dispute the notion that Obama's predecessor, George W. Bush, did not stem the problem, either.

"This is why I like O'Reilly," Stewart said. "He's like Fox News' Incredible Hulk: Sure, usually just a mindlessly aggressive force of destruction, but point it in the right direction, [and he] becomes a hero."

Watch Stewart's history lesson, as posted online on Thursday, below.