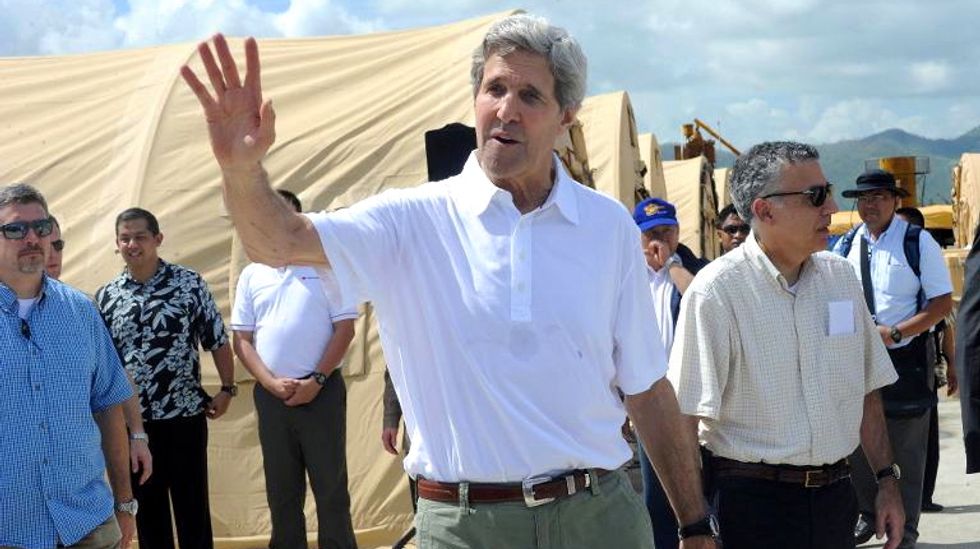 WASHINGTON (Reuters) - A group of lawmakers wants the United States to press Brunei to revoke Islamic criminal laws that they say jeopardize human rights under threat of being kicked out of Pacific free trade talks.

Brunei is phasing in Islamic laws that will impose fines or jail terms for offenses such as pregnancy outside marriage and failure to perform Friday prayers in the East Asian nation. The sharia laws will ultimately punish sodomy and adultery with the death penalty, including by stoning.

The United States and Brunei are members of a proposed 12-nation trade pact, the Trans-Pacific Partnership (TPP), that seeks to establish common standards on issues from labor to intellectual property and cut tariffs on traded goods.

Democratic Representative Mark Pocan of Wisconsin is circulating a draft letter on Capitol Hill that his office says 20 other lawmakers have pledged to sign, mainly other House Democrats. The letter will be open for signatures until mid-June.

"The United States must make it clear that we will not tolerate such abuses," says the draft, which was seen by Reuters. It is addressed to Secretary of State John Kerry and U.S. Trade Representative Michael Froman and says the United States should use its position as the world's largest economy to push against discrimination and abuses.

"(We) urge you to insist that Brunei address these human rights violations as a condition of the United States participating with them in any further Trans-Pacific Partnership trade negotiations," the draft letter said.

Froman's office had not seen the letter and a spokesman referred to comments by State Department officials earlier this month. They said the United States has "very serious concerns" about the Brunei laws criminalizing freedom of religion and increasingly threatening human rights and the U.S. ambassador had relayed those concerns privately to the government.

Human rights advocates, unions and some lawmakers have also expressed concern about the inclusion of Vietnam in the TPP, pointing to its poor record on labor rights and use of child and forced labor, according to the U.S. Labor Department.