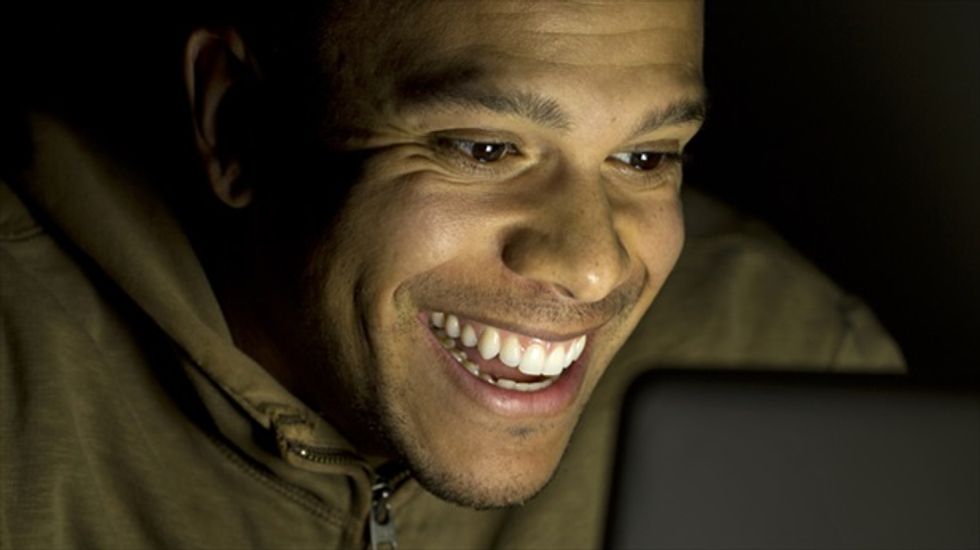 'A Man Smiling Whilst Using His Laptop At Night' [Shutterstock] http://tinyurl.com/lguu6oj

Researchers found less gray matter in the brains of men who watched large amounts of sexually explicit material, according to a new study.

The institute recruited 64 male subjects aged 21-45, "with a broad range of pornography consumption."

The men were told during a later phone interview that questions about pornography would be part of the research, and none dropped out.

"Our findings indicated that gray matter volume of the right caudate of the striatum is smaller with higher pornography use," said the study.

Furthermore, when sexually explicit material was shown, the men's MRIs showed diminished function in a part of the brain that processes motivation.

[Image: "A Man Smiling Whilst Using His Laptop At Night," via Shutterstock]