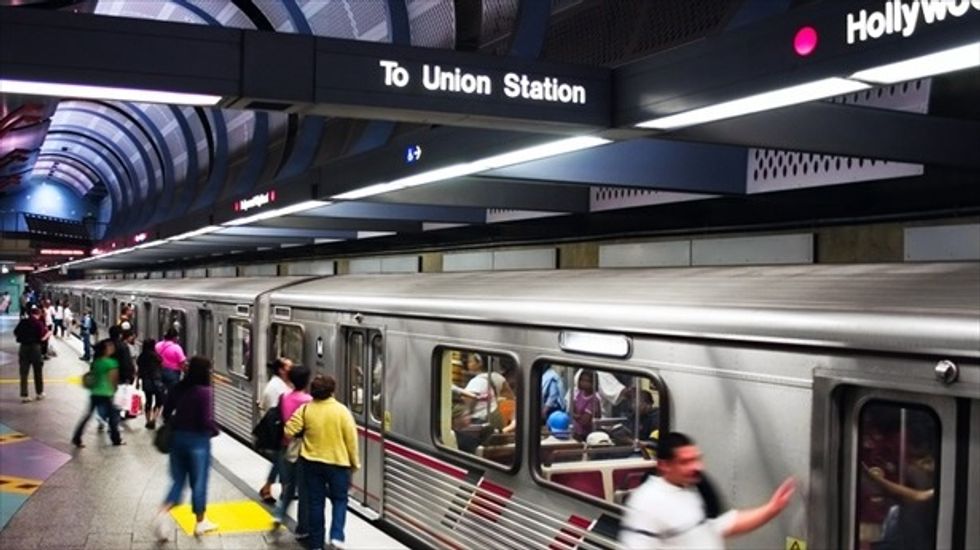 SACRAMENTO, California (Reuters) - The federal government will spend $2 billion to extend a subway line under Los Angeles' storied Wilshire Boulevard, an effort to ease congestion in one of the country's most transited corridors and to eventually link downtown to the beach with a "Subway to the Sea."

The project is meant to improve traffic in a part of the city where it can take hours to go just a few miles, with train stations to be built at major cultural attractions, including museums and the glitzy shopping areas of Beverly Hills.

Backers hope at some point to expand the subway all the way to a station near the beach in Santa Monica.

"Where the car used to be king, we say, 'Look out, you don't have to get in your car,'" Los Angeles Mayor Eric Garcetti said on Wednesday at a ceremony in Washington, D.C. to announce the funding.

The backing from the U.S. Department of Transportation comes after decades of controversy pitting supporters of public transportation against opponents who complained about traffic, but feared that the subway's construction would disrupt local residents and businesses and cause safety problems.

A portion of the subway, a 6.5-mile (10.5-km) hop from downtown to Western Avenue in Koreatown, was completed in 1996, but opposition from affluent West Side residents and concern about a 1985 methane explosion that blew up a clothing store near Wilshire Boulevard stymied further progress.

Congressman Henry Waxman, who for years opposed extending the subway through his increasingly congested West Los Angeles district, hailed the project on Wednesday, saying it would transform Los Angeles.

"It will mean a whole new experience for people to be able to get around," said the California Democrat. "They'll be able to get on a Metro in downtown L.A. and in a short period of time get to West Los Angeles."

The funding approved on Wednesday includes a grant for $1.2 billion and a loan of $821 million.

The Metropolitan Transportation Commission hopes to break ground on the first leg of the project by the end of this year, taking the full-sized rail line to the Los Angeles County Museum and further west to La Cienega Boulevard.

Since the first stretch of subway - just four miles long - opened in 1993, the region has built a wide patchwork of connected systems, including trains, light rail and dedicated busways.