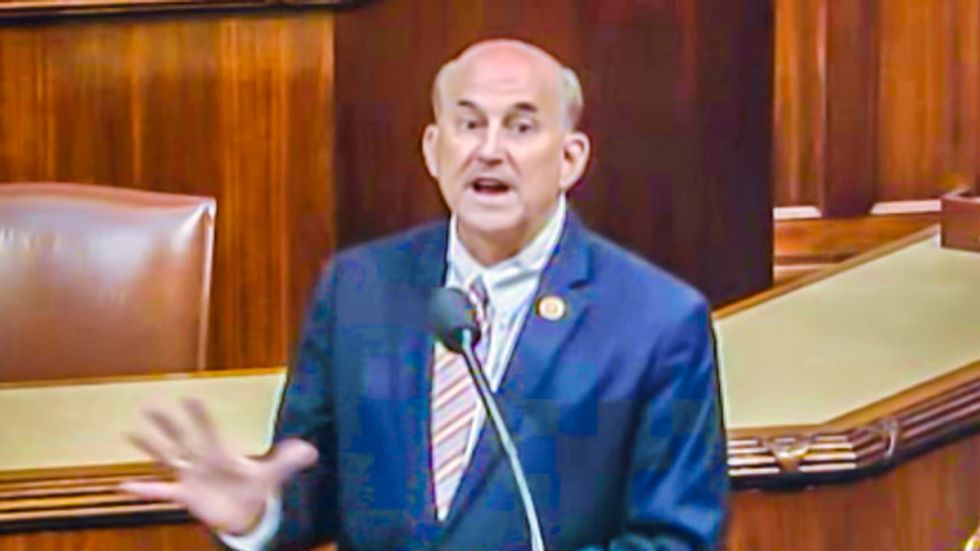 Rep. Louie Gohmert (R-TX) on Monday blasted President Barack Obama's administration's efforts at comprehensive immigration reform, saying that the president was "complicit" in sex trafficking by "luring" children into the United States who couldn't even afford to pay their own taxes.

"Well, because of the talk of amnesty in this town and because we do not have a secured border, then this administration and this Congress also is complicit in helping lure people into sex trafficking, into horrible situations, even people trying to cross deserts who don't make it," Gohmert said during a speech on the House floor. "That should not be."

In one case, he said, "a 3-year-old had someone convince them that they needed to try to get here."

The Texas congressmen declared that Attorney General Eric Holder was a "violator of his constitutional oath" because of the president's policy of granting waivers to young children who were brought to the U.S. illegally by their parents.

"We have people saying, oh, if we just legalize everybody that is here, all of this new tax money will come flooding in," Gohmert continued. "There can be no debate that young children who are not working, even if they are legalized, for those who make the argument, gee, look at all the tax money that the Federal coffers will be getting if we just legalize everybody here, that is a bogus argument."

"It is a strained argument by people who want more people coming in illegally."

He added that children would continue to come to the U.S. as long as Homeland Security continued to provide "three hot meals, a bed to sleep," and "if we can't find your parents illegally in the United States, then we will find you some other parents, people are being drawn in."

"It is time to stop the luring of young children across the border by the activities of this administration," Gohmert insisted.

Watch the video below from the U.S. House of Representatives, broadcast May 19, 2014.