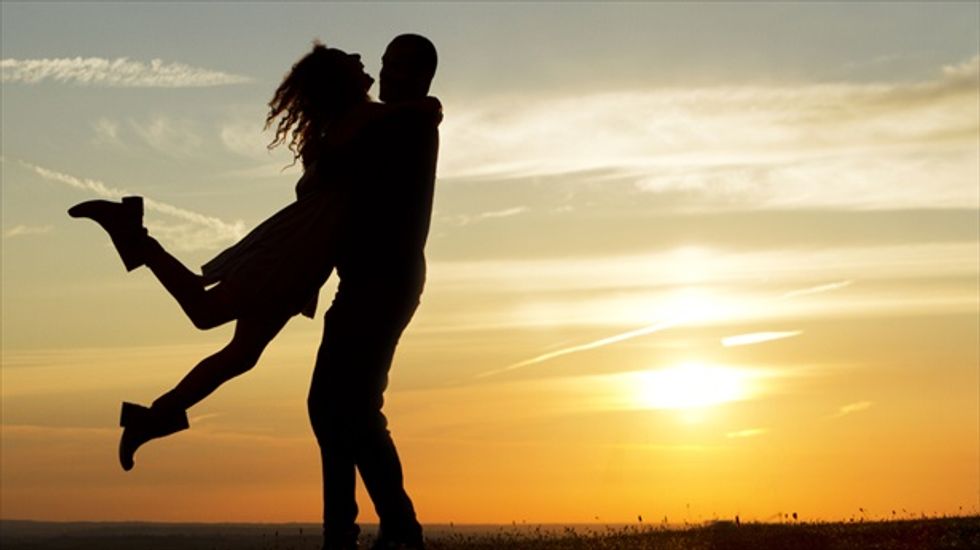 WASHINGTON (Reuters) - He leaves the toilet seat up, prefers old Japanese monster movies to romantic comedies and fancies mixed martial arts over ballet. So what do you have in common with your husband?

More than you may think.

People tend to choose spouses who have similar DNA, according to scientists who reported on Monday the results of a study exploring the genetic resemblance of married couples.

The researchers examined the genetic blueprints of 825 U.S. married couples and found a significant preference for a spouse with DNA similarities across the entire human genome.

The 1,650 people studied in the research were non-Hispanic, white men and women born between the 1930s and 1950s who were taking part in a broader U.S. government-funded study involving health and retirement.

"We do know in some sense that people prefer genetically similar spouses because we know that people tend to date and marry within their own racial and ethnic groups. We worked really hard in this study to not just replicate that fact," said researcher Benjamin Domingue of the University of Colorado's Institute of Behavioral Science, who led the study.

"We eliminated racial variability and tried to control for ethnic variability. And we still find a preference for genetically similar individuals," Domingue added.

The researchers measured genetic similarity by comparing 1.7 million individual DNA building blocks, known as single nucleotide polymorphisms, in the study participants. They compared the genetic makeup of the married couples to other randomly chosen people of the opposite sex in the same pool of study participants.

Domingue said the actual mechanism for a person being drawn to another person's genetic similarities is probably complicated and multifaceted - "just a whole host of things," he noted.

The researchers noted that people usually pick spouses with similar backgrounds and characteristics in addition to education, including race, religion, age, income and body type. Genetic similarity can be added to the list, they said.

"For example, people clearly care about height in picking partners. To the extent that tall people marry other tall people, that is going to result in genetic similarity among spouses. But it is difficult to know whether height or genes is driving this decision," Domingue said.

The researchers said it would be interesting to see the results of similar studies involving other populations including additional races, interracial spouses and gay couples.

(Reporting by Will Dunham, editing by G Crosse)

Appearing on MSNBC early Sunday morning, a former adviser to President George W. Bush claimed Donald Trump's threat to form a third party is actually aimed at keeping Republicans under his control as he builds a permanent Trumpist wing within the party.

"You had Congresswoman Debbie Wasserman Schultz (D-FL) on earlier, and one of her comments that I really enjoyed was the fact that Donald Trump's biggest threat is anonymity -- going off in the silence," Farner began. "That's what he's afraid of. He needs the Republican Party in order to gain his followers. He doesn't have his bully pulpit on Twitter anymore."

"He needs to get involved in the primaries to get his name and face out there, his message out there, in order to drive up more of his cult of personality," he added. "And it's -- he's building his own party within the Republican wing: Trumpism, the cult of personality, whatever you want to call it. It's dangerous to democracy and we encourage the Republican Party to go back to its roots to follow leaders like [Rep.] Liz Cheney (R-WY) standing up to bullies like Donald Trump and looking out for the future of America."