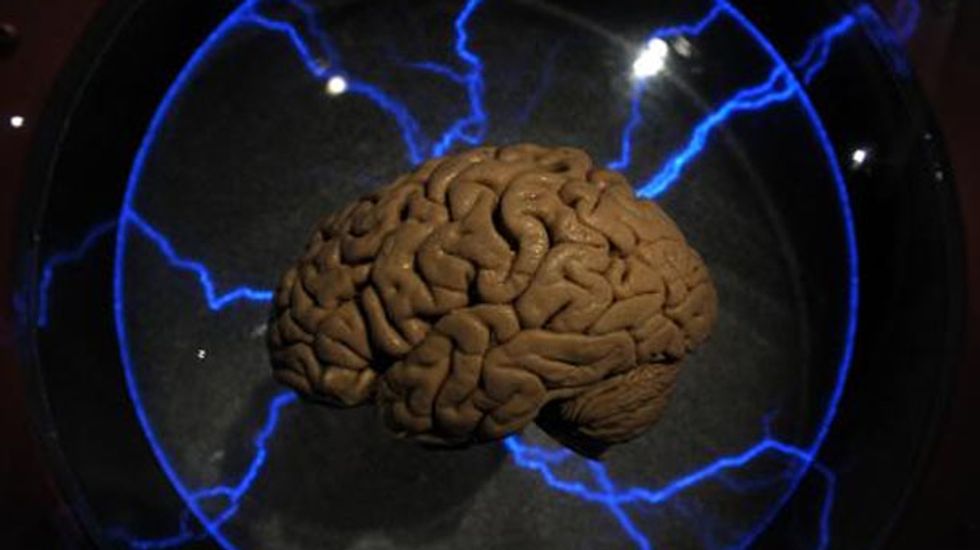 In the next few months, highly secretive US military researchers say they will unveil new advances toward developing a brain implant that could one day restore a wounded soldier's memory.

The Defense Advanced Research Projects Agency (DARPA) is forging ahead with a four-year plan to build a sophisticated memory stimulator, as part of President Barack Obama's $100 million initiative to better understand the human brain.

The science has never been done before, and raises ethical questions about whether the human mind should be manipulated in the name of staving off war injuries or managing the aging brain.

Some say those who could benefit include the five million Americans with Alzheimer's disease and the nearly 300,000 US military men and women who have sustained traumatic brain injuries in Iraq and Afghanistan.

"If you have been injured in the line of duty and you can't remember your family, we want to be able to restore those kinds of functions," DARPA program manager Justin Sanchez said this week at a conference in the US capital convened by the Center for Brain Health at the University of Texas at Dallas.

"We think that we can develop neuroprosthetic devices that can directly interface with the hippocampus, and can restore the first type of memories we are looking at, the declarative memories," he said.

Declarative memories are recollections of people, events, facts and figures, and no research has ever shown they can be put back once they are lost.

What researchers have been able to do so far is help reduce tremors in people with Parkinson's disease, cut back on seizures among epileptics and even boost memory in some Alzheimer's patients through a process called deep brain stimulation.

Those devices were inspired by cardiac pacemakers, and pulse electricity into the brain much like a steady drum beat, but they don't work for everyone.

Experts say a much more nuanced approach is needed when it comes to restoring memory.

"For us to come up with a memory prosthetic, we would actually have to have something that delivers specific patterns," said Hampson, adding that he could not comment specifically on DARPA's plans.

Hampson's research on rodents and monkeys has shown that neurons in the hippocampus -- the part of the brain that processes memory -- fire differently when they see red or blue, or a picture of a face versus a type of food.

Equipped with this knowledge, Hampson and colleagues have been able to extend the animals' short-term, working memory using brain prosthetics to stimulate the hippocampus.

They could coax a drugged monkey into performing closer to normal at a memory task, and confuse it by manipulating the signal so that it would choose the opposite image of what it remembered.

According to Hampson, to restore a human's specific memory, scientists would have to know the precise pattern for that memory.

Instead, scientists in the field think they could improve a person's memory by simply helping the brain work more like it used to before the injury.

"The idea is to restore a function back to normal or near normal of the memory processing areas of the brain so that the person can access their formed memories, and so that they can form new memories as needed," Hampson said.

It's easy to see how manipulating memories in people could open up an ethical minefield, said Arthur Caplan, a medical ethicist at New York University's Langone Medical Center.

"When you fool around with the brain you are fooling around with personal identity," said Caplan, who advises DARPA on matters of synthetic biology but not neuroscience.

"The cost of altering the mind is you risk losing sense of self, and that is a new kind of risk we never faced."

When it comes to soldiers, the potential for erasing memories or inserting new ones could interfere with combat techniques, make warriors more violent and less conscientious, or even thwart investigations into war crimes, he said.

"If I could take a pill or put a helmet on and have some memories wiped out, maybe I don't have to live with the consequences of what I do," Caplan said.

DARPA's website says that because its "programs push the leading edge of science," the agency "periodically convenes scholars with expertise in these issues to discuss relevant ethical, legal, and social issues."

Just who might be first in line for the experiments is another of the many unknowns.

Sanchez said the path forward will be formally announced in the next few months.

"We have got some of the most talented scientists in our country that will be working on this project. So stay tuned. Lots of exciting things will be coming in the very near future."