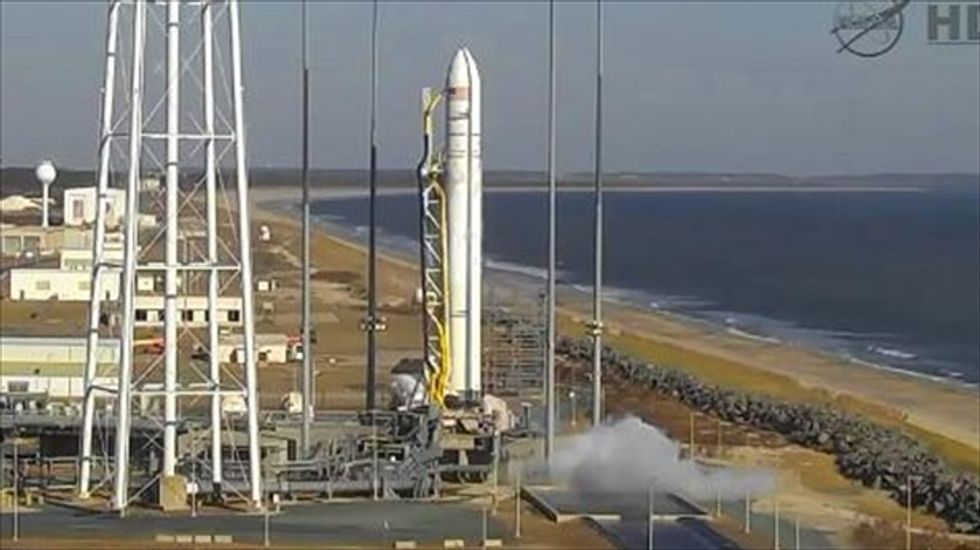 From Cape Canaveral in Florida to mission control in Houston, the US space agency is busily building seawalls where possible and moving some buildings further inland.

Five of seven major NASA centers are located along the coast. Experts say that proximity to water is necessary for safety and logistics when launching rockets and testing spacecraft.

Many NASA centers have already faced costly damage from encroaching water, coastal erosion and potent hurricanes, said a report by the Union of Concerned Scientists.

Perhaps the most iconic launchpad lies in Florida at the Kennedy Space Center, the lift-off point for the Apollo missions to the Moon and many space shuttle flights over the past three decades.

"According to NASA's planning and development office, rising sea levels are the single largest threat to the Kennedy Space Center's continued operations," said the report, which also listed various historic sites across the United States that also are threatened by sea level rise.

They include the Statue of Liberty in New York, the first permanent British colony in North America at Jamestown Island in Virginia, and historic Charleston, South Carolina.

"This really is just the tip of the iceberg," said UCS director of climate impacts Adam Markham.

"We need to make adaptation a national priority and bring resources where they are needed."

One key NASA site that is succumbing to rising seas is Wallops Flight Facility in Virginia, where 16,000 rockets have launched and where sea level has surged nine inches (23 centimeters) since it opened in 1945.

Others are Ames Research Center in San Francisco, which has experienced increasingly intense storms that have flooded some of its buildings in recent years, and Langley Research Center in Virginia, a $3.5 billion facility with specialized wind tunnels for simulating flight.

"Retreat is the way to go here, because you just can't like, get up and move. The infrastructure is too great," Russell De Young of the NASA science directorate at Langley told AFP.

"They are tearing down buildings that are at the water's edge and building new structures as far back as we can against the fence of the property line," he said.

De Young is among a handful of NASA employees who are tasked with monitoring climate change and analyzing the impacts it would have on NASA facilities.

President Barack Obama in 2009 called on all government agencies to take steps to prepare for climate change.

De Young said the space agency, like other government agencies with facilities on the coast, are trying to make incremental changes over the coming decades.

"This is not imminent," he said, noting that the forecast at Langley, which is in Hampton, Virginia, is for a five-foot (1.5-meter) sea level rise from the 1980s through the year 2100.

Still, there is concern for a facility he said was built on a marsh and is gradually sinking from its current position six to 10 feet above sea level -- even as waters around it are rising.

"With sea level rise you can always manage it, but if a hurricane hits us, that is what worries us. The combination of the two is a devastating blow that we dread," said De Young.

Hurricane Ike smashed into Texas in 2008, damaging 160 buildings at Johnson Space Center and destroying the homes of 250 employees.

"Such damage may become more common as the climate changes: as sea surface temperatures warm, there is more energy to drive tropical storm winds," the report said.