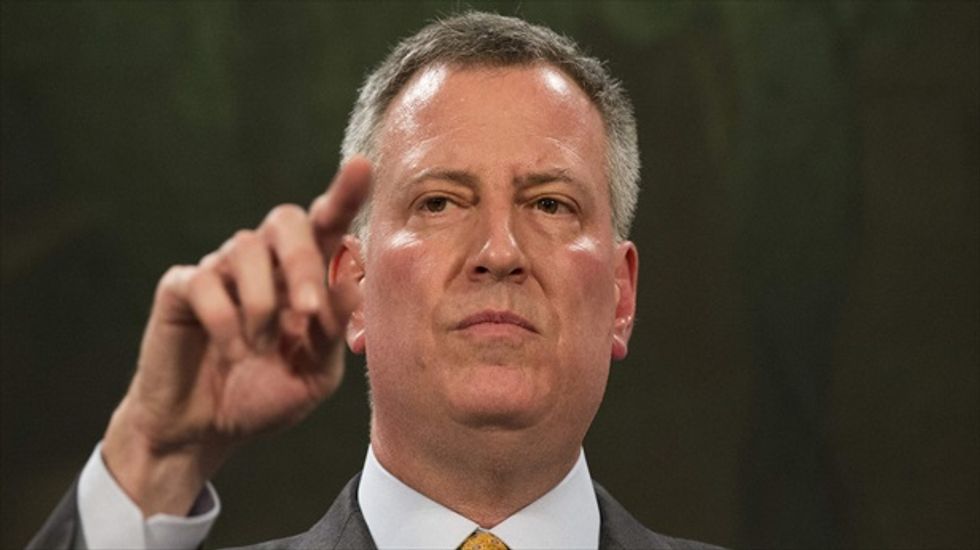 NEW YORK (Reuters) - New York City Mayor Bill de Blasio released a plan on Monday to create and preserve 200,000 units of affordable housing over the next decade - a centerpiece of his strategy to address economic inequality in the nation's largest city.

The liberal mayor's proposal, requiring a $41 billion investment to build 80,000 units and preserve 120,000 more, would provide enough housing for more than half a million New Yorkers.

It calls for the city to target vacant and underused land, streamline new development opportunities and accelerate affordable construction. Proposed funding for the plan calls for about $8 billion from the city, $3 billion in state and federal expenditures and another $30 billion in private money.

"We have a crisis of affordability on our hands. It touches everyone from the bottom of the economic ladder, all the way up to the middle class," de Blasio said. "And so we are marshaling every corner of government and the private sector in an unprecedented response."

De Blasio, who took office in January as the city's first Democratic mayor in two decades, campaigned for office decrying the "tale of two cities" that has emerged as New York is torn by a yawning gap between rich and poor.

A report released last month by New York City Comptroller Scott Stringer found that almost half of all New Yorkers spend more than 30 percent of their income on housing, while a third spend at least half on housing.

From 2000 to 2012, the median rental price in New York City rose by 75 percent, compared to 44 percent in the rest of the country, while the real incomes of New Yorkers declined, the report said.

In some neighborhoods, such as trendy Williamsburg, Greenpoint and Fort Greene in Brooklyn, which saw an influx of young professionals priced out of Manhattan, average real rents increased by 50 percent or more, the report said.

Meanwhile, the city's shelter population stands at more than 52,000, including more than 22,000 children - a historic high.

Steven Spinola, president of the Real Estate Board of New York, an industry group, called the plan a "realistic roadmap."