Obama to push for more infrastructure projects to create jobs 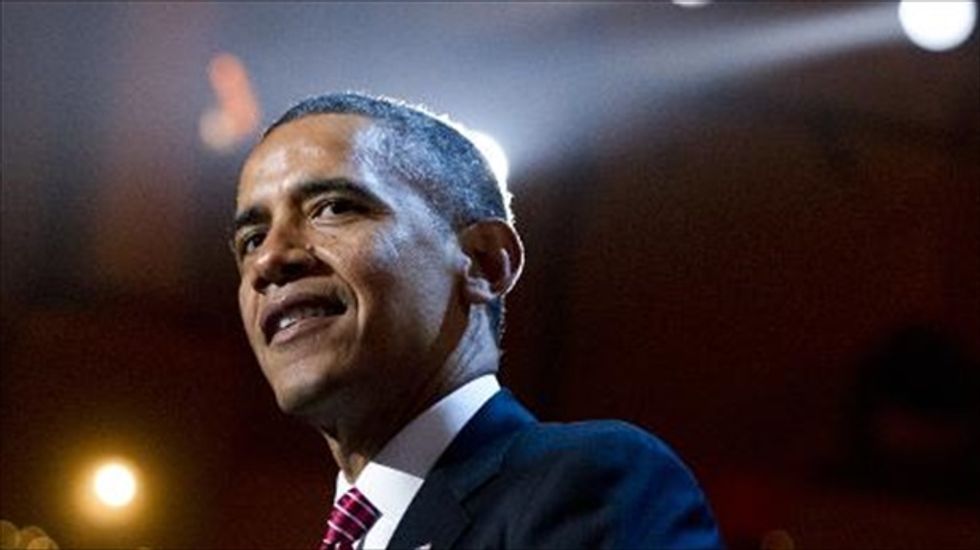 Obama is slated to speak at the bridge, about 20 miles north of New York City, at 3:25 p.m. ET (1925 GMT), and will pledge to apply the lessons learned from the permit process for the bridge to a long list of infrastructure projects across the country.

Obama will also urge Congress to pass a transport bill to fund an estimated 112,000 highway projects and 5,600 transit projects. Without passage, work could grind to a halt, putting at risk almost 700,000 jobs in the peak summer construction season.

"While a bipartisan group of members in the Senate are working toward a compromise, there has been no progress by House Republicans to date on the issue," a White House official said in a statement previewing Obama's speech.

Obama has offered a four-year, $302-billion transport spending plan, paid for by ending some business tax breaks. But the White House has said he is open to alternative proposals to avert the looming funding crisis.

He has long pledged to snip red tape on infrastructure projects, which can often face a long series of environmental and other types of reviews from government bodies.

Since 2011, the administration worked on ways to expedite approval for 50 major projects, such as the $3.9-billion replacement for the aging 60-year-old Tappan Zee bridge, crowded with almost 138,000 vehicles per day.

By holding simultaneous reviews for several agencies for the new bridge, the government approved it in 1.5 years instead of the three to five years it would have typically taken, the White House said.

Obama will announce that his government is expanding a "dashboard" used to track schedules for permits and coordinate reviews for departments of projects ranging from windfarms to ports and pipelines, the White House said.

The highest-profile pipeline project, the politically contentious Keystone XL crude oil pipeline from Canada, is not included in the dashboard.

Supporters of Keystone XL complain that it has been under review for more than five years. Environmental groups want Obama to stop the proposed pipeline.

"It's a real challenge to listen to the president talk about reforming the permitting system when he's been sitting on the permit for the country's largest shovel-ready infrastructure program," Senate Republican Leader Mitch McConnell said in a statement.