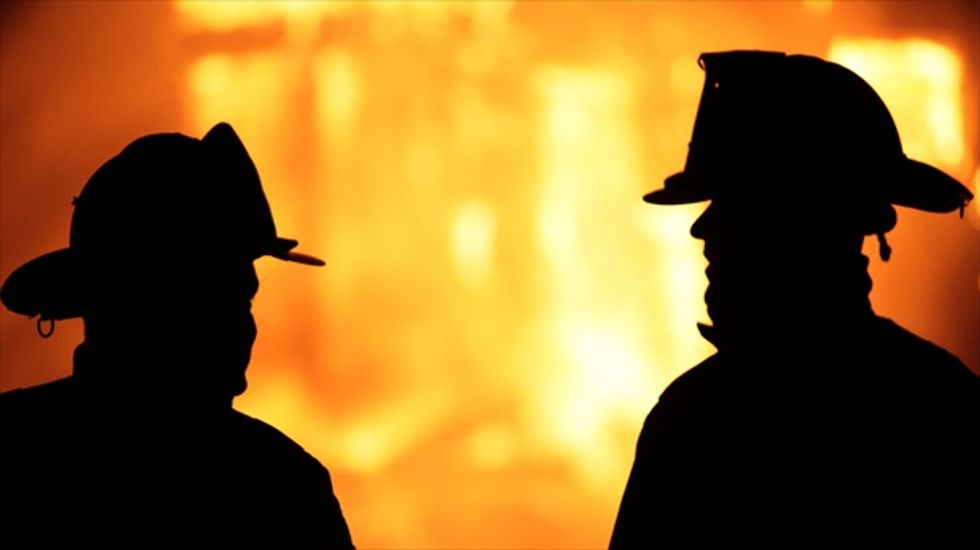 A wildfire stoked by high winds and temperatures near 100 Fahrenheit (38 Celsius) killed at least one man, destroyed several houses and forced people to flee near the Oklahoma town of Guthrie on Sunday, officials and local media said.

"It's a very large fire and we're trying to get it contained," Guthrie Fire Captain Dale Haggard said.

Flames covered 3,000 to 4,000 acres by late Sunday after a controlled burn in the area went wrong, said media.

Overnight winds of up to 25 miles per hour (42 km per hour) could propel the fire further, KOCO reported.

The station quoted Guthrie Fire Chief Eric Harlow as saying the fire had consumed six houses and that several residents and firefighters overcome by smoke were treated and released.