Open letter to Obama calls for greater engagement with Cuba 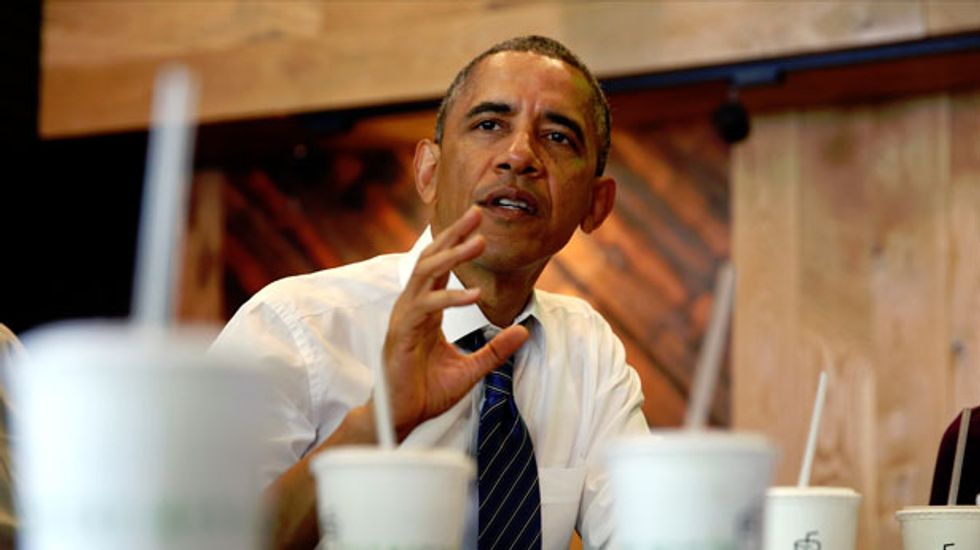 MIAMI (Reuters) - The White House should expand licensed travel for all Americans to Cuba and increase support for civil society on the communist-ruled island, according to an open letter to President Barack Obama that was signed by an unprecedented group of 44 former top U.S. government officials and advocates of policy reform and released on Monday.

The letter, which lists a series of policy recommendations, was signed by John Negroponte, the former Director of National Intelligence under president George W Bush, retired Admiral James Stavridis, who stepped down last year as Supreme Allied Commander of NATO, as well as several former senior State Department officials and a dozen prominent Cuban American advocates of greater engagement with Cuba.

The letter, which also called on the White House to engage in "serious discussions" with the Cuban government on security and humanitarian issues, is the latest sign of increased pressure on the Obama administration to soften the U.S. Cold War-era policy on Cuba. It comes in the wake of a February poll that found a strong majority of Americans favor further loosening the five-decades old punitive policy of Cuba sanctions.

While the letter stops short of calling for legislation to end the 52-year-old economic embargo, it lists measures that the signers say are within the executive authority of the president and do not require congressional approval.

The recommendations are designed to take advantage of what the letter calls a "window of opportunity" created by reforms underway in Cuba to reduce state control in some economic areas and allow the creation of small, privately run businesses.

Reducing U.S. restrictions on travel and financial activity in Cuba would help "deepen the changes already underway by giving greater freedom to private organizations and individuals to directly and indirectly serve as catalysts for meaningful change in Cuba," the letter says.

Among the recommendations is the expansion of travel licenses to include exchanges by professional organizations, including law, real estate, financial services, hospitality, "and any area defined as supporting independent economic activity."

It also recommends that anyone should be allowed to offer services and send money and goods to Cuba to support independent business activity there.

Among those goods and services it includes the sale of telecommunications hardware in Cuba, including cell towers, satellite dishes, and handsets.

Additionally, the letter urges the White House to "prioritize" the holding of "serious discussions with Cuban counterparts" on a range of issues from national security, migration, drugs and the environment, among others.

Any talks with the Cuban government, the letter said, should be used as "leverage" to help secure the release of jailed U.S. government contractor Alan Gross, who is serving a 15-year jail sentence in Cuba for trying to set up illegal internet connections in Cuba.