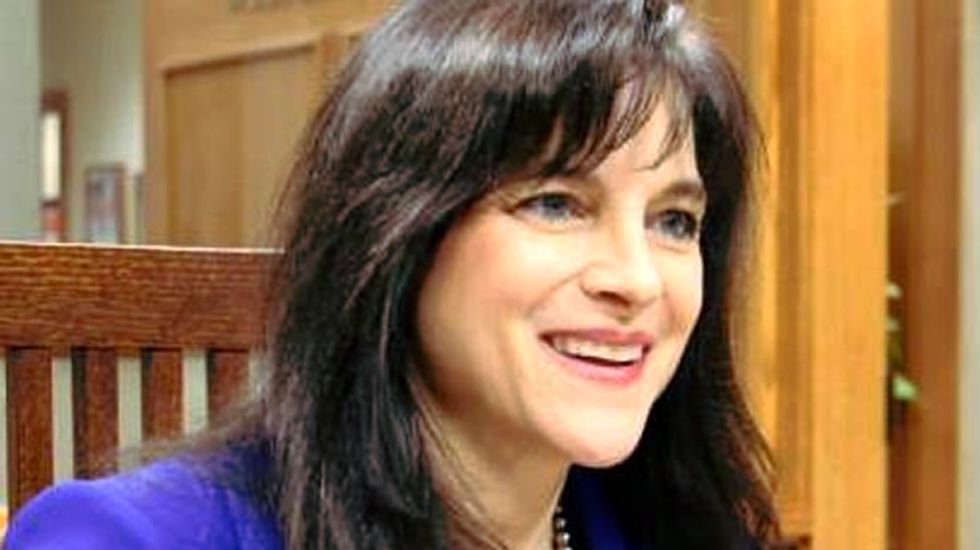 A Republican vying to represent Oregon in the United States Senate is facing more bad news only a week after one of her top donors was revealed to have posted questionable YouTube videos.

The pediatric neurosurgeon is currently the leading candidate in the Republican attempt to unseat Senator Jeff Merkley, largely on the strength of donations from out-of-state donors of questionable character.

The man accusing her of stalking and harassment, Andrew Miller, is one of her few significant in-state donors, and helped fund radio and billboard advertisements critical of her GOP rival, state Representative James Conger. At the time, Miller and Wehby now confess, the two were involved in a romantic relationship.

According to the police report, when the relationship ended, Wehby began behaving in an erratic manner that had him concerned for his safety.

Miller told Officer Brent Taylor that "he wanted to initiate a police report because WEHBY has been ‘harassing’ his employees and ‘stalking’ him. He told me that he intended to get a stalking order tomorrow against WEHBY. I asked MILLER what WEHBY had done specifically to make him desire to get a stalking order. He told me that WEHBY has showed up at his home uninvited about 5 times within the last 10 days."

Wehby told Politico that she did not know Miller had the report filed. "The first time I ever learned of this report was this evening and there really isn’t much to it of consequence," she said.

"A year ago I went through the process of concluding a relationship," she continued. "That relationship ended amicably, and while I’m not pleased that it has been deemed newsworthy, I guess that is the cost of challenging the political status quo."

Miller did not follow through on his plan to seek a restraining order again Wehby.

When asked about the police report, Miller said "there was a week there or so when we were breaking up that people can be emotional. And me included. If I think back to that period of time, I regret saying those things in that light."

[Image of Monica Wehby via her campaign's official Facebook page]