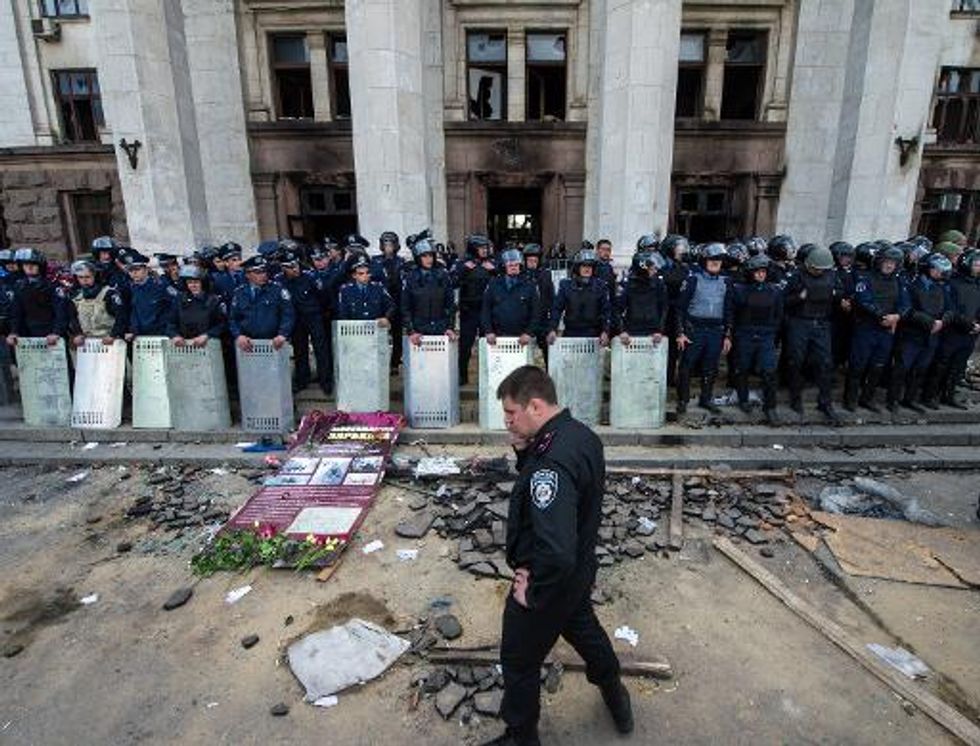 Thousands of pro-Russian protesters assaulted Odessa's police headquarters Sunday, days after deadly clashes and a fire there killed dozens of their comrades in what Kiev charged was a Russian plot to "destroy Ukraine". The unrest in the southern port…