Police knew about Santa Barbara shooter's videos weeks before, but did not watch them 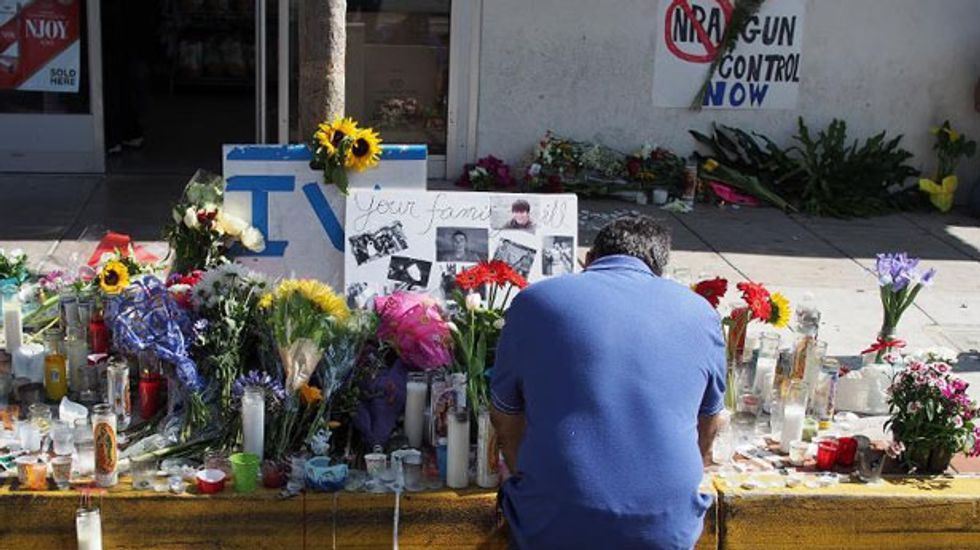 Police officers who visited Elliot Rodger just weeks before he went on a shooting rampage that left six dead and more than a dozen injured knew of disturbing videos he posted online, but did not check them, officials said on Thursday.

A new timeline released by the Santa Barbara County Sheriff's Office shows police responded to a welfare check phoned in by a county mental health worker the night of April 30 and found a shy, timid but polite Rodger outside his apartment.

Four sheriffs' deputies, a University of California at Santa Barbara police officer and a dispatcher in training asked Rodger during the 10-minute encounter about the videos he had posted online, but he said they were simply a way of expressing himself as he was having trouble fitting in socially.

"Sheriff’s deputies concluded that Rodger was not an immediate threat to himself or others, and that they did not have cause to place him on an involuntary mental health hold, or to enter or search his residence," the sheriff's office said in the statement.

"Therefore, they did not view the videos or conduct a weapons check on Rodger."

A deputy called Rodger's mother and briefed her on the situation, then gave the phone to Rodger who told her everything was fine and that he would call her later, the statement said. The officers gave Rodger information on local support services and left.

"The sheriff’s office has determined that the deputies who responded handled the call in a professional manner consistent with state law and department policy," it added.

Typically only two deputies respond to mental welfare calls, but a few unassigned officers showed up due to their experience with Rodger in a petty theft case, the statement said.

Chris Pollard, 22, a neighbor of Rodger's interviewed by Reuters after the shootings, described watching the latter's videos, titled, "Spring break sucks when you're lonely," and "My reaction to seeing a couple at the beach...envy," and posted around that time. "It was a clear cry for help," said Pollard, adding that he had found the videos too disturbing to watch in their entirety.

But it was unlikely the police could have done more during their check, he said. "I mean, how far can you go without violating somebody's rights?" Pollard said. "When you looked at (Rodger), there was no reason to get concerned. He didn't seem like a threatening or intimidating guy. He was just very quiet."

The Sheriff's Office statement also gave new details of the night of the killings. The sheriff's office said authorities learned of the "Retribution" video and the 137-page manifesto roughly an hour after the shootings.

That video was uploaded to YouTube at 9:17 p.m. PST (0417 GMT) the night of the shootings, and Rodger emailed the manifesto to his parents, therapist and several others a minute later. The first gunshots were reported at 9:27 p.m., and the rampage had ended 20 minutes later.

The statement described the case as one of the most complex in the county's history, adding that the investigation was continuing. The sheriff's office said it would be making no further information available.