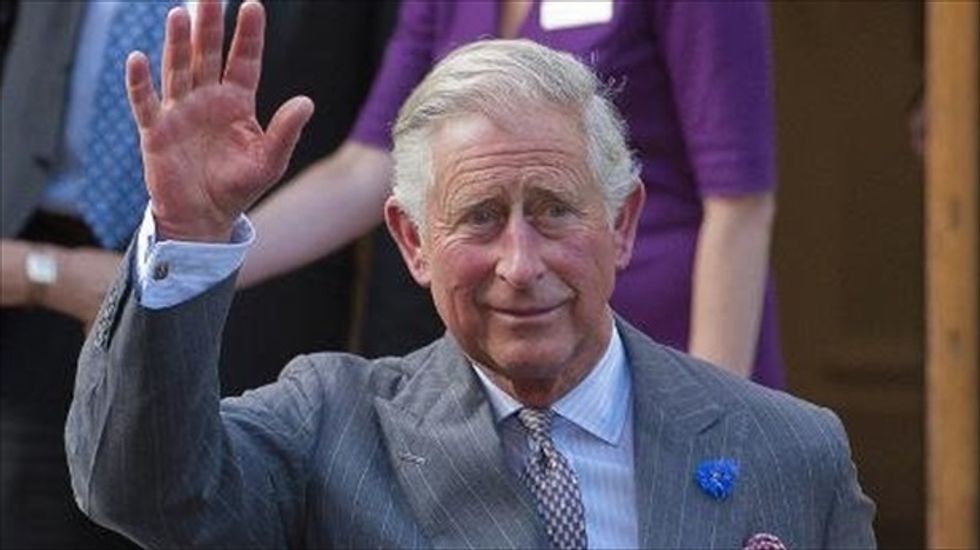 Prince Charles was mired in controversy on Wednesday after he reportedly compared the actions of Russian President Vladimir Putin in Ukraine to those of Adolf Hitler.

The heir to the throne made the apparently unguarded comment during a trip to a museum in Canada, in conversation with a Polish-born woman who had fled the Nazis as a child.

"I had finished showing him the exhibit and talked with him about my own family background and how I came to Canada," Marienne Ferguson told Britain's Daily Mail newspaper.

"The prince then said: 'And now Putin is doing just about the same as Hitler'."

Ferguson, now 78, moved to Canada with her Jewish family when she was 13. She lost relatives in the Holocaust.

"I must say that I agree with him and am sure a lot of people do," she told the newspaper.

But she added: "I was very surprised that he made the comment as I know they (the royal family) aren't meant to say these things, but it was very heartfelt and honest."

The remark made headlines around the world, and Russian media said it threatened to further "complicate" relations between Britain and Moscow.

The future king and Putin are both attending commemorations marking the 70th anniversary of D-Day on June 6th, although royal aides said no formal meeting was scheduled.

The prince's office would not confirm his remarks but said he would not have intended to make a political statement.

Ferguson met the prince as he and his wife Camilla conducted a tour of the Canadian Museum of Immigration in Halifax, Nova Scotia, as part of a four-day trip to Canada.

She gave a similar account of their conversation to the BBC, but said it was "just a little remark, I didn't think it was going to make such a big uproar".

Members of the royal family by convention do not comment on political affairs, and Queen Elizabeth II is famous for keeping her own counsel.

However, her 65-year-old son Charles has come under criticism in the past for his outspoken remarks about everything from genetically modified food to architecture.

Opposition Labour lawmaker Mike Gapes, a member of the House of Commons foreign affairs committee, said the royals "should be seen and not heard".

"If Prince Charles wants to make controversial statements on national or international issues, he should abdicate and stand for election," he said on Twitter.

However, Deputy Prime Minister Nick Clegg said the prince was "free to express himself".

There was no immediate official reaction in Moscow to his remarks, but the popular daily Moskovsky Komsomolets said the timing was "badly chosen" ahead of the D-Day event.

On its website, it also said the remarks "risk triggering an international scandal and complicate the already clouded relations between Great Britain and Russia".

Ties between London and Moscow were plunged into deep freeze following the 2006 murder of Alexander Litvinenko, a Russian dissident, in London.

Relations began to improve in 2011, but the crisis over Ukraine has led to fresh tensions as the United States and the EU imposed sanctions on Russia for its intervention in the former Soviet state.

A spokeswoman for Britain's Foreign Office told AFP that "it is not for us to comment" on the prince's remarks.

Former US secretary of state Hillary Clinton made a similar comparison at a private event in March, according to a local newspaper report.

Describing Moscow's intervention in Crimea following the ousting of the pro-Russian president in Kiev and its insistence that it was simply protecting Russian speakers, Clinton said: "If this sounds familiar, it's what Hitler did back in the 30s."

Russia's subsequent annexation of Crimea set off the worst diplomatic crisis in the West's relations with Moscow since the end of the Cold War.