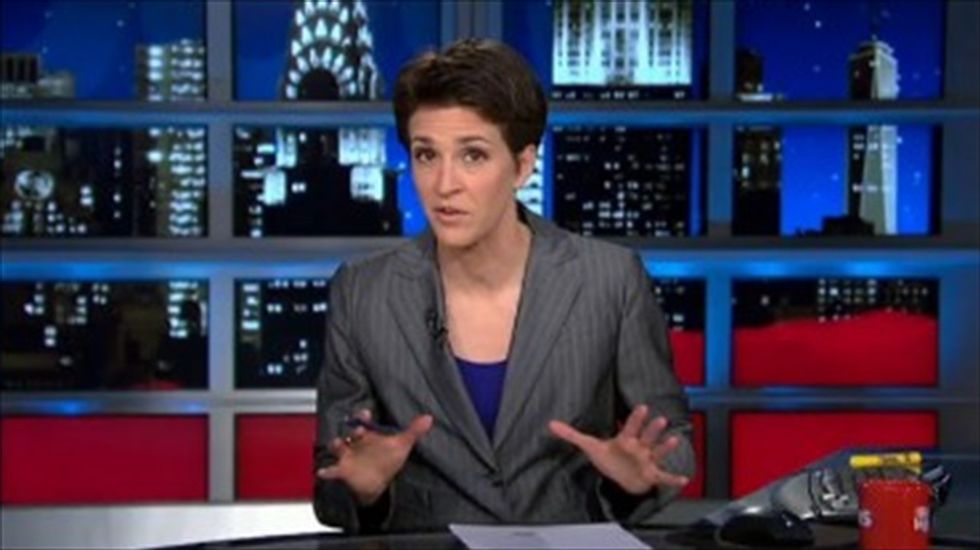 Rachel Maddow seemed to be both amused and weirded out on Thursday when she confirmed that the head of Oregon's Republican Party, Art Robinson, is soliciting people's urine for a scientific experiment.

"The need for pee is urgent," Maddow said. "Not the need to pee, the need for pee, sent by mail. They're asking people in Oregon for now, but he says you can donate regardless of where you live -- just send in the form, they'll do the rest."

As the Associated Press reported, a flyer for Robinson's urine-raiser campaign was mailed to each of the 42,000 addresses in Josephine County, saying he hopes his research will lead to an eventual way for researchers to determine a person's cancer risk through urine testing.

"You may know me through my family's recent efforts to improve our representation in Congress," the document reads, alluding to his two failed congressional campaigns against incumbent Rep. Peter DeFazio (D-OR). "There is, however, something more that I hope you will help us with. Please consider giving my colleagues and me — a sample of your urine."

Specifically, Robinson is asking participants to contribute biannual urine samples via mail, which would be frozen during his experiments.

"This is not a one-time deal, this is a relationship," Maddow said. "Art Robinson, chair of the Oregon Republican Party and Republican congressional candidate again, is asking you to please promise to send him a jar of your pee for the next five years starting now."

Maddow also showed clips of a contentious 2010 interview in which Maddow quoted from Robinson's own newsletter claiming that AIDS was a government conspiracy, which he still denied writing. Maddow said Robinson was the only guest who had ever made her "headdesk" on-air.

On Thursday, Maddow said, Robinson confirmed he was running against DeFazio for a third time, but that his appeal for urinary contributions was separate from any political donations.