Report: American behind suicide bombing in Syria 'was very happy' to carry it out 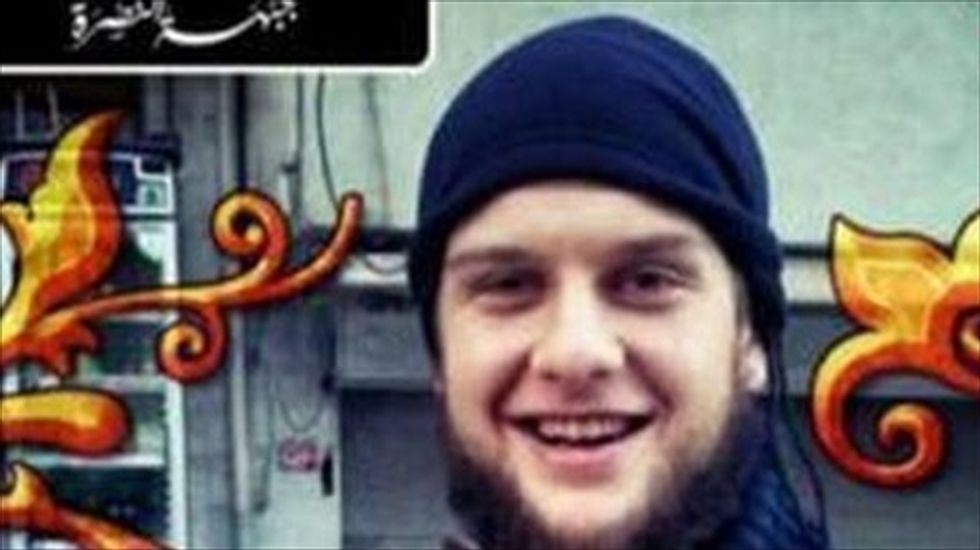 An American fighting for a hardline Islamist group carried out a deadly suicide bombing in Syria, U.S. officials said Friday, in the first such case in the war.

The confirmation came amid growing fears over the flood of foreigners into Syria, with no end in sight in the three-year war that has already left 162,000 people dead.

Abu-Salha is thought to have been behind a truck bombing against regime forces on Sunday in the northern province of Idlib.

He went by the alias Abu Hurayra Al-Amriki. Abu Hurayra refers to a companion of the prophet Mohammed and Al-Amriki means "the American" in Arabic.

Psaki agreed it was believed to be the first such suicide bombing carried out by an American since the start of the war in 2011.

Estimates of the number of foreign fighters who have flooded into Syria in the past three years range from between 9,000 to 11,000, with most believed to have come from neighboring countries.

Psaki could not give precise figures of how many Americans may be among them.

But The New York Times said about 100 Americans are believed to have traveled to Syria, mainly to join the rebels fighting to oust President Bashar al-Assad.

There were few other details about the mysterious American, who is said to have joined the Al-Nusra Front, which was recently outlawed by the U.S. as a terrorist group.

The Times, citing law enforcement officials, said he was aged in his 20s, of Middle Eastern descent and from the southern state of Florida.

He is believed to have spent two months in a training camp in the divided city of Aleppo, and was on his second visit to Syria, having returned there late last year, the U.S. daily said.

Abu-Salha was named with the help of witnesses and family members, the Times reported, citing law enforcement officials who believe his remains may never be properly identified due to the force of the blast.

A Syrian fighter from the Al-Nusra Front told the Times that Abu-Salha was an Arab-American who spoke only poor Arabic, but was dedicated to the extremists' cause.

"He was a generous, brave, tough man, always on the front lines in battles," the fighter told the U.S. daily.

"When his turn came up" to carry out a suicide bombing, he "was very happy, because he will meet his God after that," the fighter, who called himself Abu Abdulrahman, told the Times via Facebook.

Concerns are mounting among Western powers that -- like Afghanistan in the past -- Syria is becoming a training ground for a generation of militants who will return as battle-hardened veterans ready to carry out attacks both at home and abroad.

"We are closely tracking and closely working with our partners and allies about our concern about the growth of foreign fighters and the growth of extremism," Psaki said, only days after U.S. President Barack Obama unveiled a new $5 billion fund dedicated to the fight against terror.

Reports that an American had been involved in the Idlib bombing have been circulating for days.

A video released by Al-Nusra supporters, first reported on by the private terror watchdog SITE Intelligence Group, shows a huge explosion and footage of a young, bearded man cradling a cat and identified as the attacker.