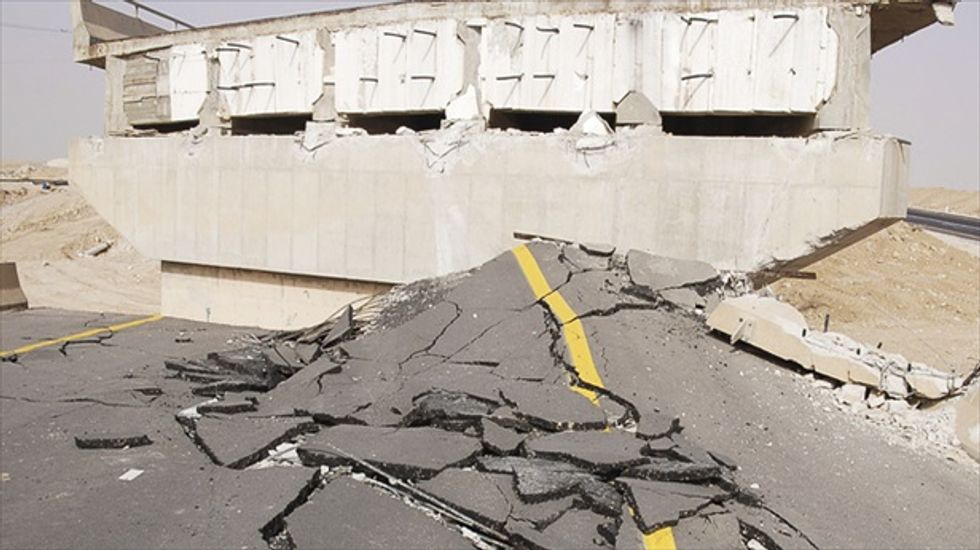 The United States Geological Survey (USGS) issued a rare earthquake warning for the state of Oklahoma, blaming a rapid increase in seismic activity in the state, LiveScience reported on Monday.

The warning, released in a joint statement by the USGS in conjunction with the Oklahoma Geological Survey, is the first of its kind issued to a state east of the Rocky Mountains, and was prompted by Oklahoma registering 183 tremors measuring 3.0 or higher on the Richter scale between October 2013 and April 14, 2014. Between 1978 and 2008, the state averaged two tremors a year with the same kind of force.

That kind of jump, researchers said, suggests a greater possibility that the state could be hit with an earthquake registering 5.0 or higher.

"Building owners and government officials should have a special concern for older, unreinforced brick structures, which are vulnerable to serious damage during sufficient shaking," USGS senior science adviser for earthquakes and geologic hazards Bill Heith said in the statement.

The Associated Press reported that the two agencies' statement also traced the increase in earthquakes to underground disposal of wastewater.

"The water injection can increase underground pressures, lubricate faults and cause earthquakes — a process known as injection-induced seismicity," the statement read. "Much of this wastewater is a byproduct of oil and gas production and is routinely disposed of by injection into wells specifically designed and approved for this purpose. The recent earthquake rate changes are not due to typical, random fluctuations in natural seismicity rates."

The statement comes on the heels of similar findings by researchers, which were discussed during the Seismological Society of America's conference last week.

"We don't know how to evaluate the likelihood that a [fracking or wastewater] operation will be a seismic source in advance," University of Western Ontario professor Gail Atkinson was quoted as saying.

A magninute-5.6 earthquake centered near Prague, Oklahoma, destroyed 14 homes and injured at least two people in November 2011, the last major tremor in the state.