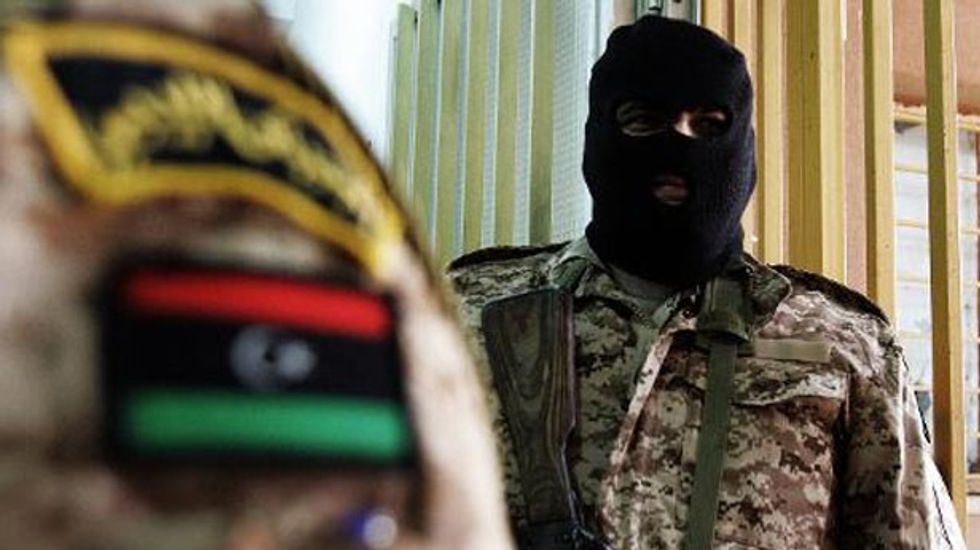 Fierce clashes erupted in Libya's eastern city of Benghazi Friday between Islamists and forces led by a retired general seeking to purge it of "terrorists", an AFP journalist and witnesses said.

The witnesses said a group led by Khalifa Haftar, a former rebel chief in the 2011 uprising that toppled Moamer Kadhafi, was backed by warplanes that pounded a barracks occupied by the Islamist "February 17 Brigade" militia.

Militiamen responded by opening up with anti-aircraft fire.

Haftar's group calls itself the "National Army" and a spokesman for the force, Mohammed Al-Hijazi, told a local broadcaster it has launched "a large-scale operation to flush terrorist groups out of Benghazi".

However, the chief of staff of the regular army, Abdessalem Jadallah al-Salihin, denied the force was involved in clashes in Benghazi.

In a statement on national television, Salihin called on "the army and revolutionaries to oppose any armed group that tries to control Benghazi by force of arms".

Salihin, who had been an officer in Kadhafi's special forces before joining the uprising, was appointed chief of staff by the country's highest political body the General National Congress in July last year.

Many soldiers are reported to have joined Haftar's men after a wave of attacks targeting the security forces.

Friday's fighting also comes a day after gunmen killed a moderate Muslim cleric and two soldiers in the North African nation's second city, which has been plagued by violence since Kadhafi's death in October 2011.

It was in Benghazi that the NATO-backed rebellion against the long-time strongman began.

But attacks there since the uprising have killed dozens of members of the security forces, judges and foreigners.

On September 11, 2012, ambassador Chris Stevens and three other Americans were killed in an assault by militants on the US consulate in the city.

On Wednesday, US officials said the American military has moved a team of marines from Spain to southern Italy as a precautionary step in case the US embassy in Libya comes under threat.

The contingent of nearly 200 marines is part of a newly created "crisis response" force set up in the wake of the deadly consulate attack.

Jordan's ambassador to Libya was kidnapped in April and freed this month in exchange for a jihadist held over a plot to attack Amman airport.

The central government in Tripoli has struggled to assert its control over the vast, mostly desert country, which is awash with heavy weapons and effectively ruled by a patchwork of former rebel militias.

In March, the authorities acknowledged for the first time the existence of "terrorist groups", particularly in Benghazi but also elsewhere in the east.