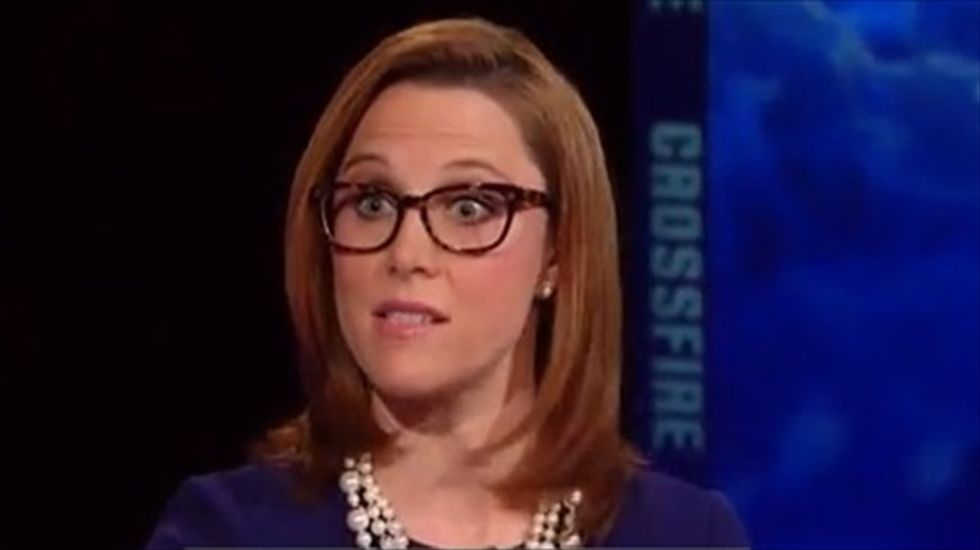 "Isn't it a problem when science guys attempt to bully other people?" Cupp asked Nye, before coming to the aid of Heritage Foundation economist Nicholas Loris. "Nick here had to say, 'I'm not a denier.' He had to get it out: 'I'm not a denier.' Because really, the science group has tried to shame anyone who dares question this, and the point I'm trying to make is, it's not working with the public."

"I'm not a denier, I'm not a skeptic," Loris told Nye. "What I'm saying is, climate is changing -- yes, man-made emission are in some part to that -- but we haven't seen these extreme event trends. The observed data doesn't prove that."

"So I disagree," Nye interjected.

"More importantly is, the policy prescriptions, these greenhouse-gas regulations coming down, prohibiting building new coal fire power plants, is just going to make us less equipped, less economically prosperous to be able to handle these problems."

"So let's start with, we don't agree on the facts," Nye answered. "This third [NCA] report came out, saying it's very serious, you say no. There's the essence of the problem, S.E. The science, the researchers say yes."

"Not all the scientists," Loris protested.

Loris did not mention that his organization, a conservative think tank that has reportedly received financial backing from conservative billionaires Charles and David Koch, has repeatedly expressed skepticism toward the idea of man-made global warming.

In fact, the NCA's report, compiled by hundreds of scientists, largely agreed with a United Nations study attributing climate change to human activities.

"Corn producers in Iowa, oyster growers in Washington state and maple syrup producers in Vermont are all observing climate-related changes that are outside of recent experience," the NCA stated in its report. "So, too, are coastal planners in Florida, water managers in the arid Southwest, city dwellers from Phoenix to New York and native peoples on tribal lands from Louisiana to Alaska."