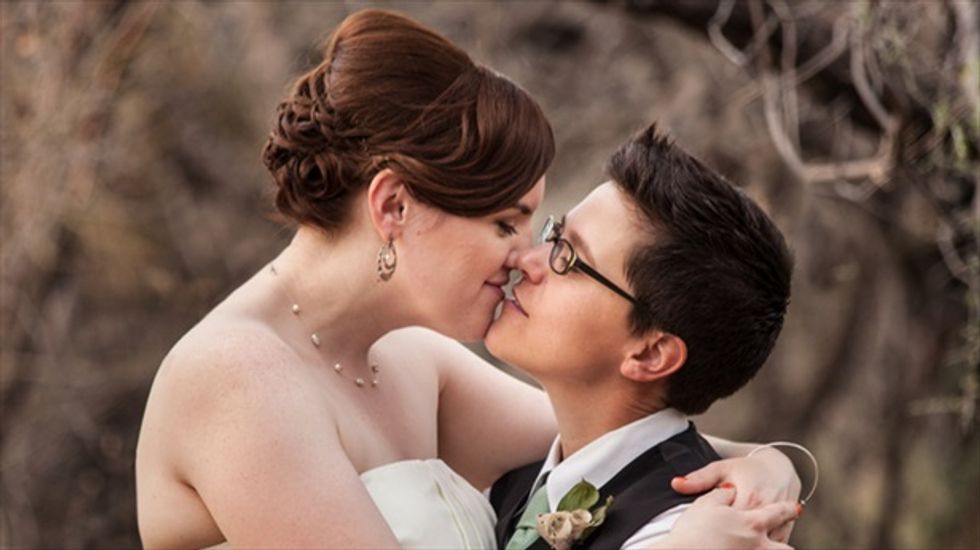 The couples were rushing to register their unions because the state's Supreme Court could rule as early as Monday on an appeal by the attorney general seeking a stay, which would halt the issue of marriage certificates. The appeal also seeks to overturn the decision to end the same-sex marriage ban.

"I didn't think it would happen, not in Arkansas," said Thomas Baldwin, 37, a train engineer, who was first in line at the Pulaski County Courthouse so that he could marry his partner Kevin Rudeseal, 24.

"An appeal is a waste of taxpayer money," Rudeseal said.

Seventeen states plus the District of Columbia allow same-sex couples to marry. That number would increase sharply if federal court rulings striking down bans in several states are upheld on appeal.

Pulaski County Circuit Judge Chris Piazza on Friday ruled the state's constitutional amendment approved by voters in 2004 defining marriage as being only between a man and a woman was unconstitutional because it denied equal protection under law to same-sex couples.

Some lawmakers in the deeply conservative state have called for Piazza's impeachment and for the Supreme Court to strike down the ruling they say flies in the face of the will of the state's residents.

Crane told Reuters he felt obliged to register the marriages because he was named as a defendant in the suit before Piazza.

"I believe in love," he said, adding the courthouse registered more marriages in 30 minutes on Monday morning than it did in all of the previous week.

On Saturday, a courthouse serving the small town of Eureka Springs, became the first in the state to hand out marriage licenses to same-sex couples.