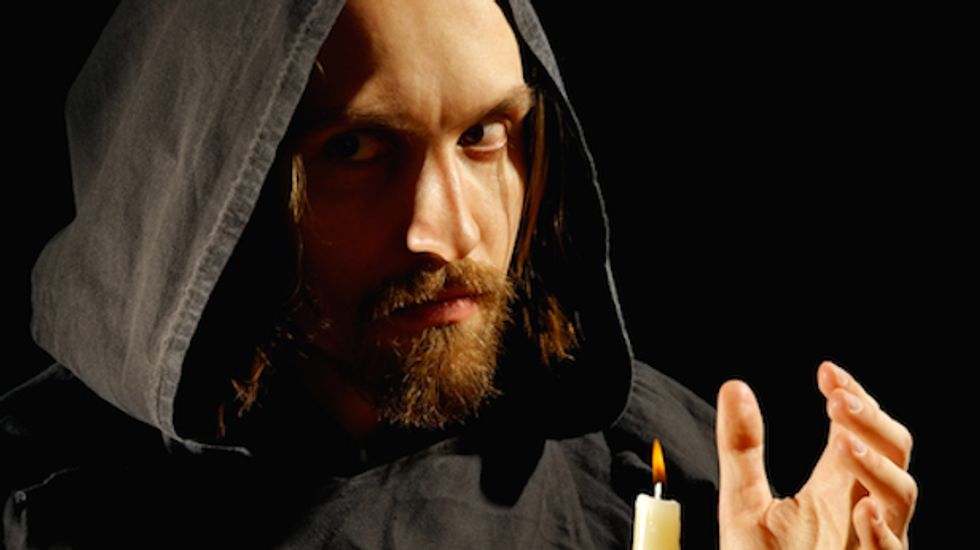 The Archdiocese of Boston warned that a planned historical re-enactment of a satanic ritual by an independent Harvard University student group violated Catholic teachings and could open the door to dark forces.

The Harvard Extension Cultural Studies Club plans to conduct a re-enactment of a “black mass” Monday on the main campus at the Queens Head Pub in Memorial Hall, and the church vigorously objects.

“This activity separates people from God and the human community, it is contrary to charity and goodness, and it places participants dangerously close to destructive works of evil,” the archdiocese said in a statement.

The student group – which is also planning a Shinto tea ceremony, a Shaker exhibition, and a Buddhist presentation on meditation – said the black mass was an educational activity in a student-led series exploring various cultures.

Lucien Greaves, spokesman for the Satanic Temple – whose members will perform the ceremony – said the church’s concerns were misplaced and historically inaccurate.

“The Black Mass has not always been ‘a parody of Catholic Mass,’ as they like to claim,” Greaves told The Raw Story. “The idea of the Black Mass began as a propagandistic literary device to justify brutal purges against alleged witches. This conspiracy of witches, or Satanists, has never actually existed. The idea of the

Black Mass surely originated with the Church itself.”

An archdiocese spokesman said the church objected regardless of whether the black mass was a staged re-enactment or a genuine satanic ceremony.

“In the strongest terms we reject anything that is an attack on the Eucharist,” said archdiocese spokesman Terrence C. Donilon.

But Greaves insisted the black mass was “a symbolic revolt against arbitrary authority, not a focused assault upon Catholic faith,” and he suggested that actually made the archdiocese even more angry than if the ceremony were real.

“The black mass has no supernatural implications for us; it's simply a declaration of personal independence for the participants,” Greaves said. “As such, we had no need for a ‘consecrated host,’ as we don't subscribe to the infantile notion of magical bread.”

The archdiocese plans to hold a holy hour at St. Paul’s Church in Cambridge at the same time as the black mass.

"I have no problem with offending superstitious sensibilities," Greaves said, "but I do regret the fact that we seem to have given the Boston Archdiocese -- still apparently groping for a sense of purpose and identity after their pedophilia scandal -- a temporary diversion on which they can focus their holy indignation."

[Image: wizard in black cape with candle via Shutterstock]