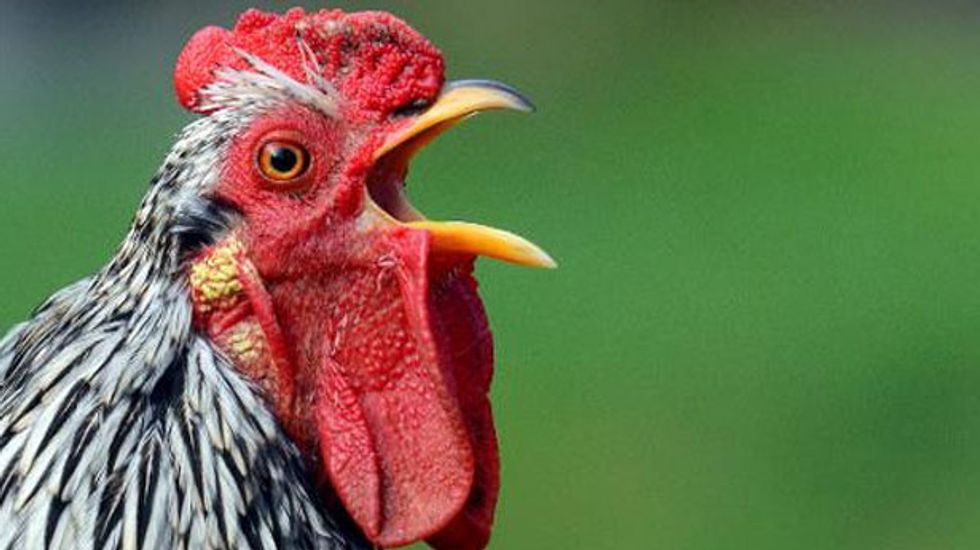 American scientists are racing to develop chickens that can cope with scorching heat as part of a series of government-funded programmes looking to adapt to or mitigate the effects of extreme weather patterns on the food supply.

A University of Delaware project is developing ways to introduce climate hardiness to the US domestic breed stock before summer heatwaves predicted under climate change models kill or spoil the meat of billions of birds.

Like many in the emerging field of climate adaptation or mitigation, Schmidt's concern is not over slight increases in average temperatures, but the rising frequency and duration of crippling heatwaves and other extreme events.

By 2060, US climate agencies predict, there will be 12 times as many 100F (37.7C) days in Delaware and Maryland, where poultry farmers produce 600 million birds a year.

"Hotter periods will last longer, and that's when we'll see significant spikes in mortality and other stress factors coming in," Schmidt warns. "We can't wait for that to happen. We have to prepare now."

As the political classes continue to dispute the causes of climate change, the Department of Food and Agriculture is giving more funding to researchers looking to limit climate-related disruptions to the food supply.

"There's a one-government approach to this issue," Sonny Ramaswamy, director of the USDA's National Institute of Food and Agriculture, told the Observer. "For us, it comes down to adaptation and mitigation. There's a concerted and coordinated push for food security to be achieved, and it's being pushed hard."

Grants have been given to research on how cattle can adapt to extreme drought, on the effect of climate change on pollinators such as bees, and on toxin-producing fungi in wine-making.

The shift in policy emphasis was highlighted this month with the publication of an exhaustive National Climate Assessment. From corn producers in Iowa to oyster growers in Washington state and maple syrup producers in Vermont, the report identified areas of agricultural production experiencing "climate-related changes that are outside of recent experience".

announced a series of regional "climate hubs" designed to give farmers access to resources to help understand and combat the changes they are facing.

For Schmidt and his staff of researchers, the challenge with poultry lies in mapping the genomes of different species. In extreme hea,t chickens, like dogs, will pant. That changes the chemical balance of their blood, introducing a bitterness to the flavour of the meat.

The complexities of bird reproduction present difficulties to genome engineers. It's not possible simply to cross a heat-resistant chicken such as the African naked-neck with a domestic bird without losing qualities you'd want to keep, explains Schmidt.

The government is also funding research into turkeys and cattle, which has found that western palates won't accept meat from heat-resistant cattle such as the Indian brahman.

Many environmentalists prefer to see the emphasis placed on prevention rather than adaptation. But prevention alone is no longer realistic, says Schmidt. "We need a rational approach to provide food in the context of a changing climate as the population approaches nine billion," he says. "The expectation is that people will be eating more, and specifically more poultry because that's the cheapest way to meet demand for more meat," Schmidt says. "The combination of climate change and increased demand is a recipe for enormous problems."

Given the energy inefficiencies and pollution associated with the production of livestock and poultry, some of the big names in social philanthropy are backing projects for more sustainable food. Microsoft's co-founder, Bill Gates, is backing technology that uses pea protein to create substitutes for beef and poultry. "There's no way to produce enough meat for nine billion people," Gates wrote on his blog. "Yet we can't ask everyone to become vegetarians. We need more options for producing meat without depleting our resources."

Schmidt agrees. "It's irrational to think people are all going to become vegetarian. They will still want to eat meat."

Ramaswamy says farmers may not be in agreement on the causes of climate change, but they can see the changes as the industry deals with many forms of extreme weather. "We have to ask what can we do to develop better varieties of crops, animal species and management practices because this is the situation we've got."