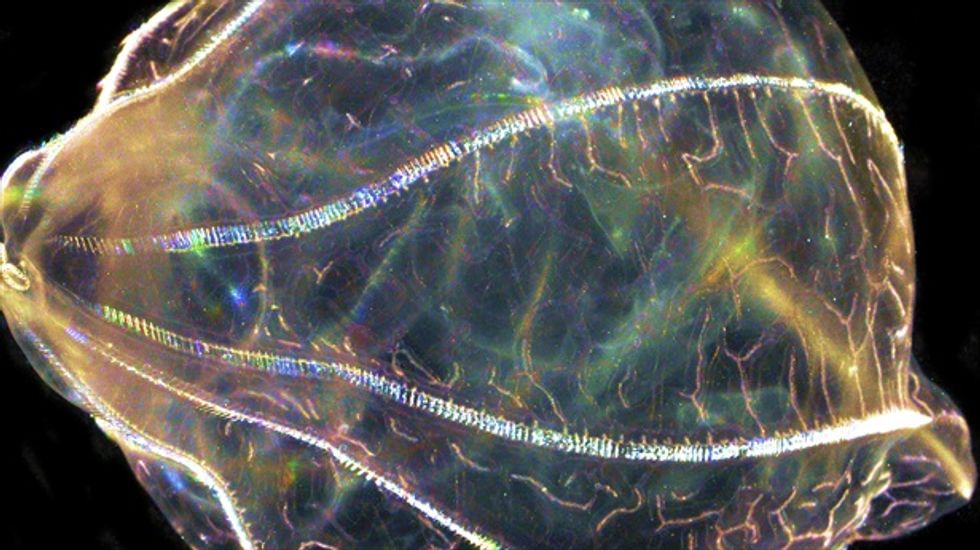 ORLANDO Fla. (Reuters) - A Florida scientist studying simple sea animals called comb jellies has found the road map to a new form of brain development that could lead to treatments for Parkinson's, Alzheimer's and other neurodegenerative diseases.

"There is more than one way to make a brain," University of Florida researcher Leonid Moroz, who led an international research team, told Reuters.

Moroz said his research, published on Wednesday in a report in the magazine Nature, also places comb jelly-like creatures on the first branch of the animal kingdom's "tree of life," replacing and bumping up sponge-like species from the bottom rung of evolutionary progression.

Moroz said that finding should lead to a reclassification of the animal kingdom's "tree of life" and reshape two centuries of zoological thought.

Moroz said his team found that comb jellies' molecular makeup and the way they developed was radically different - although still complex - from all other animals, involving different genes and neural transmitters.

Traditional scientific reasoning has held that simple nerve nets evolved all the way up to a human level of complexity along a single path. But it now appears that comb jellies took a different route, using neurochemical language that does not exist in other animals.

"All other animals have the same chemical language and these guys have completely different language. It's not only different grammar. It's a different alphabet," Moroz said.

Comb jellies, for example, don't use dopamine, implicated in Parkinson's disease, to control brain activity. They also can regenerate their brains in less than four days. In one experiment, a comb jelly regenerated its brain four times.

Moroz said degenerative brain diseases typically can be treated to stall progression but not reversed.

Discovering the key to regeneration, or appropriating the comb jellies' different chemical languages, could lead to advancements in synthetic and regenerative medicine, he said.