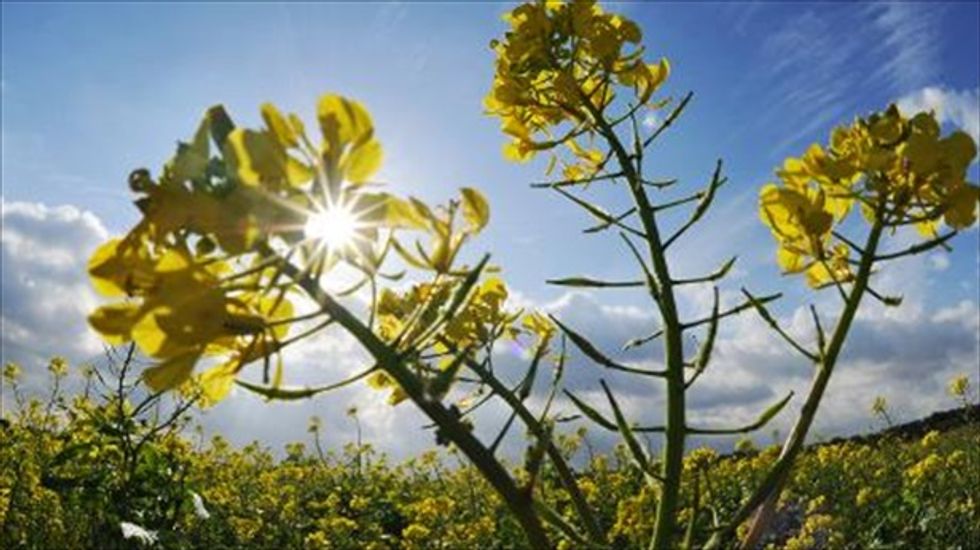 The white mustard plant, having added spice to our lives for centuries, may soon be put to a very different use -- in the fight against chemical weapons, scientists said Wednesday.

Tests in the lab showed that mustard plants grown in soil contaminated with the deadly nerve agent VX, absorbed the toxin via its roots and held traces of it for at least 45 days.

The experiments showed the hardy plant known by the scientific name Sinapis alba, "could act as a time capsule whose analysis could provide molecular evidence for the prior presence of VX," according to a study published in the journal Proceedings of the Royal Society A.

It also absorbed compounds of VX's cousin sarin -- the nerve agent used in an attack by Syrian regime forces on the opposition-held Damascus suburb of Ghouta last August, killing some 1,400 people.

For their experiments, British scientists grew white mustard seeds in soil polluted with a dose of 250 microgrammes of VX -- a level much lower than individual humans would be exposed to in an attack.

They harvested the plants at different periods, pulverised them and tested the extracts.

"This methodology could provide evidence of use of VX that would be unavailable from analysis of soil alone," the team concluded.

Soil analysis is one of the methods used by scientists of the Organisation for the Prohibition of Chemical Weapons to find traces of nerve gas suspected to have been used in an attack.

But taking samples from soil is difficult, and the nerve gas leaches away over time.

The plants used in the experiment retained the nerve gas compounds "longer than the soil", said the study authors -- offering an extra tool for investigators.

The results also pointed to possible use of S. alba for decontamination of soil polluted through chemical warfare.

"The use of sarin within the Syrian Arab Republic has left a toxic environmental legacy," the study said.

"One solution to remediate the contaminated land might be to cultivate S. alba on it."

Subsequent generations of plants "will destroy a proportion of the nerve agent until it is fully depleted," it added.

The plant grows well in the Middle East. It thrives in dry climates, is pest-resistant and heat tolerant, and has a wide geographic range.

The white mustard plants yields tiny seeds that are used whole in pickling, toasted in cooking, or ground with other ingredients into a condiment eaten cold meats.