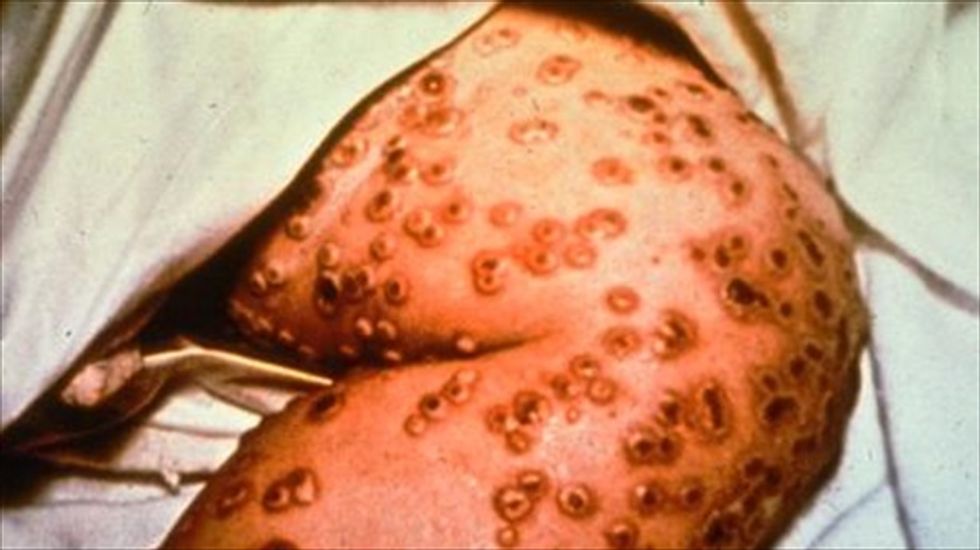 Even though smallpox has not infected anyone since 1977, important research on the virus is still ongoing and the world's remaining stockpiles should not be destroyed, scientists said Thursday.

The appeal from a trio of researchers in the United States and Brazil came as the decision-making body of the World Health Organization is preparing to discuss the fate of smallpox research later this month.

Stockpiles of the live variola virus -- which causes the illness that includes a bumpy rash and can lead to blindness or death -- are currently held at high-security labs in Russia and the United States.

"Despite considerable advances," the scientists wrote in the journal PLOS Pathogens, "we argue that the research agenda with live variola virus is not yet finished and that significant gaps still remain."

The opinion article was authored by Inger Damon of the US Centers for Disease Control and Prevention, Clarissa Damaso of Universidade Federale do Rio de Janeiro, and Grant McFadden of the University of Florida College of Medicine.

They said there is a limited supply of vaccines against smallpox, and since those were developed in the 1960s and 1970s they "were associated with what we now consider an unacceptable high rate of adverse events, some severe."

Also, diagnostic tests that could distinguish smallpox from other related diseases are not complete, nor is the development of drugs to treat the illness in case a new outbreak occur.

Researchers also want a better understanding of how the virus works, since it only infects people. Animal models of the virus do not accurately mimic the human illness.

The World Health Assembly is scheduled to meet this month to decide whether to destroy the remaining stocks of live variola virus or to allow research to continue.

Expressing concern that opinion may be tilting toward getting rid of the stockpiles, the scientists called the ongoing research "vital."

"The original goals of the WHO agenda for newer and safer vaccines, fully licensed antiviral drugs, and better diagnostics have still not been fully met," they wrote.

Smallpox was declared eradicated in 1980 and is the only human disease to have been formally eliminated, according to the WHO.

The last U.S. case was documented in 1949 and the world's last naturally occurring case was in Somalia in 1977.