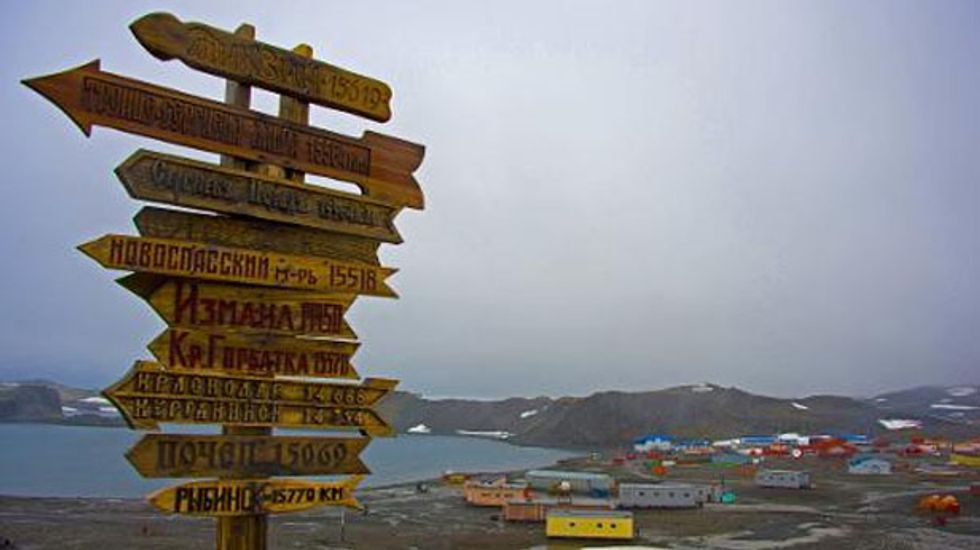 Winds in the wild Southern Ocean are blowing at their strongest in a millennia as climate change shifts weather patterns, leaving Antarctica colder and Australia facing more droughts, a study showed Monday.

Rising carbon dioxide levels in the atmosphere were strengthening the winds, already dubbed the "Roaring Forties" for their ferocity, and pushing them further south towards Antarctica, researchers from the Australian National University (ANU) said.

"The Southern Ocean winds are now stronger than at any other time in the past 1,000 years," said the study's lead researcher Nerilie Abram of an ocean notorious for having some of the fiercest winds and largest waves on the planet.

"The strengthening of these winds has been particularly prominent over the past 70 years, and by combining our observations with climate models we can clearly link this to rising greenhouse gas levels."

The new research, which was published in the Nature Climate Change journal, explains why Antarctica is not warming as much as other continents.

The westerly winds, which do not touch the eastern parts of Antarctica but circle in the ocean around it, were trapping more of the cold air over the area as they strengthened, with the world's southernmost continent "stealing more of Australia's rainfall", Abram said.

"This is why Antarctica has bucked the trend. Every other continent is warming, and the Arctic is warming fastest of anywhere on earth," she said.

The study's authors analysed ice cores from Antarctica, along with data from tree rings and lakes in South America, using the southern hemisphere's most powerful supercomputer "Raijin", which is based at the ANU.

The research helped to explain why the westerlies were further cooling already cold parts of the continent even as they were also driving "exceptionally quicker" warming in the Antarctic Peninsula, which juts out into their path, Abram said.

The strengthening westerlies drive up the temperature at the peninsula -- the only part of the Antarctica that is hit by the wind -- through the warm, moist air they carry from the Southern Ocean.

This has made the peninsula the fastest-warming place in the southern hemisphere, with scientists concerned about the stability of the ice sheets and sea level rises in the region.

The shift in the westerlies -- approximately 200 kilometres in the 20th century -- was driven by human emissions of carbon dioxide, said research fellow Steven Phipps of the University of New South Wales, who worked on the climate modelling used in the study.

From the 1970s, the shift was exacerbated by the expanding ozone hole caused by human emissions of chlorofluorocarbons (CFCs), Phipps added.

"Even for a mid-range climate scenario, the trend is going to continue in the 21st century," Phipps said, adding that southern Australia was likely to experience more dry winters.