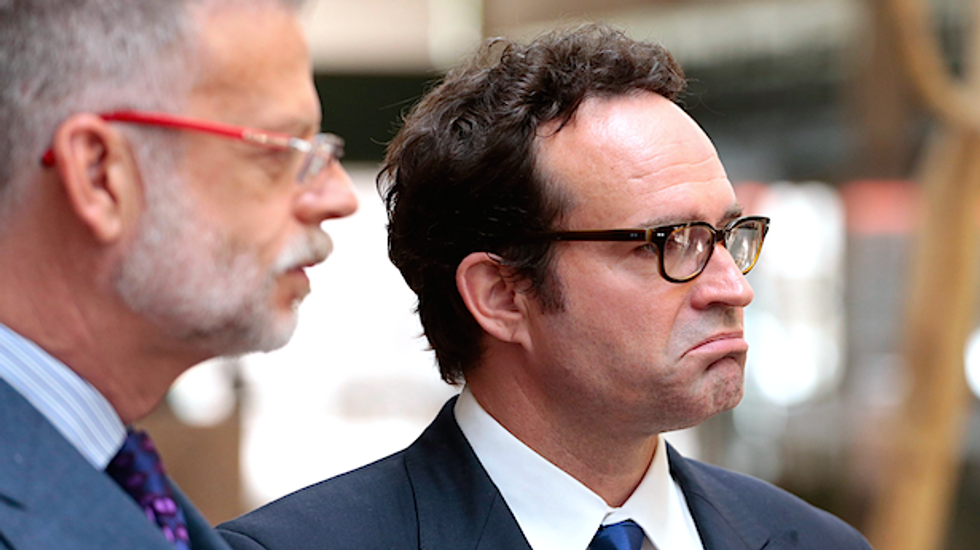 A bill aimed at protecting the parental and adoptive rights of same-sex couples in California passed a key legislative hurdle on Monday in an effort to close gaps in a state law that have led to at least one high-profile legal case.

The measure by San Francisco Assemblyman Tom Ammiano, a Democrat, would require sperm donors, surrogate mothers, and the people with whom they work to have a child to fill out a series of forms detailing the rights and responsibilities of each person.

"The science behind having families has advanced more quickly than the laws," Ammiano said. "This bill is just an attempt to catch up with the realities and help these couples enjoy their modern families."

The bill, which would apply to same-sex and heterosexual couples alike, was passed by the state assembly by a wide margin on Monday. It would require all couples who use sperm donation or surrogacy to conceive a child to state ahead of time who would have parental rights and responsibilities and who would not.

Legal issues around the parental rights of sperm donors have made headlines recently over a debacle involving actor Jason Patric, who donated sperm to a now-former girlfriend and is suing for the right to be part of the child's life. Under current law, sperm donors do not typically have parental rights unless otherwise agreed by the parties involved.

Ammiano's bill would require people who use sperm donors or surrogate mothers to fill out a series of forms outlining the parental rights and responsibilities of the donor or surrogate involved before conception.

While many fertilization clinics already require patients to fill out a variety of legal forms, the forms can range from clinic to clinic and are often geared more toward protecting the interest of the clinic than the will of the parents, said Ammiano's spokesman, Carlos Alcala.

The forms required under the legislation are designed to eliminate any gray area about who has the right to visit or care for a child conceived through in vitro or other non-traditional reproductive methods, Alcala said.

"You can never stop people from suing, but you can do some things to make it less likely," he said.

The bill would also create an expedited adoption process for same-sex parents. The process would apply to parents who want their parental rights to extend to states where same-sex parents are not recognized unless the child has been legally adopted.