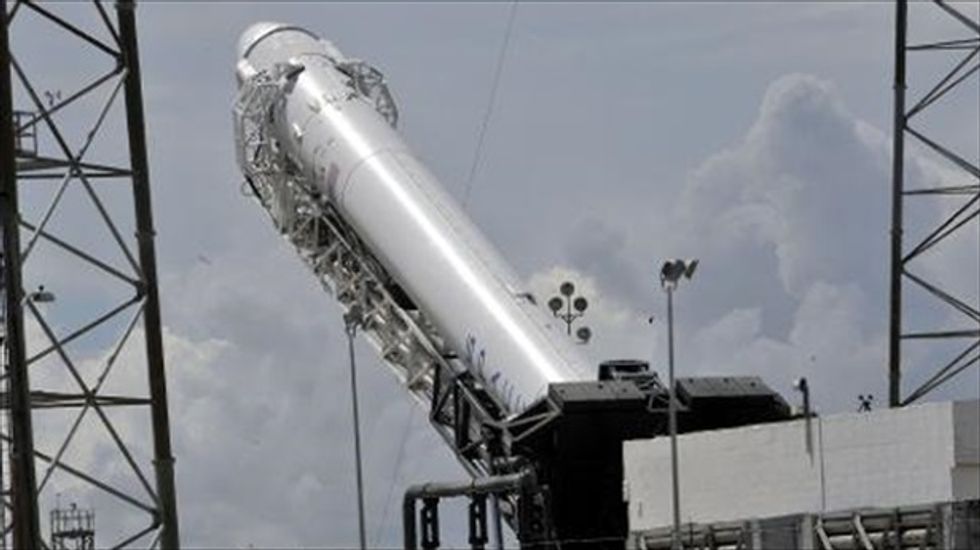 Space Station commander Steven Swanson used a robotic crane to release the Dragon capsule, built and operated by the company more commonly known as SpaceX, at 9:26 a.m. ET (1326 GMT) as the two vehicles soared in orbit 266 miles (428 km) above Earth.

"Thanks to everybody who worked this Dragon mission. It went very well," Swanson radioed to flight directors at NASA's Mission Control Center in Houston after Dragon left the station's orbit.

About five and a half hours later, the capsule made a parachute descent into the Pacific, splashing down about 300 miles (482 km) west of Mexico’s Baja California peninsula.

The capsule returned with more than 3,500 pounds (1,586 kg) of science samples for analysis on Earth, along with equipment no longer needed aboard the space station and spacesuit components in need of refurbishment.

A recovery ship will retrieve the capsule and bring it to a port near Los Angeles.

Dragon arrived at the space station on April 20, with a delivery of food, supplies and science experiments for the crew, a pair of legs for the experimental humanoid robot aboard and a new high-definition video camera.

The mission marked the third of 12 under SpaceX's $1.6 billion contract with NASA for space station cargo runs.

The company also is vying against Boeing and privately-owned Sierra Nevada Corp., for a related NASA project to develop space taxis to ferry astronauts to and from the space station.