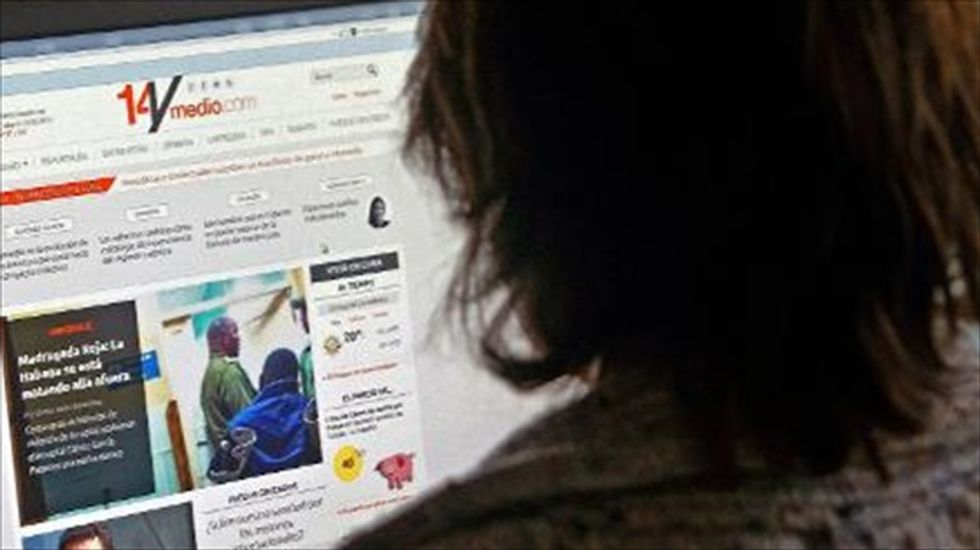 A woman reads Cuban blogger Yoani Sanchez's webpage in Montevideo, on May 21, 2014 [AFP]

The U.S. State Department accused Cuba Thursday of suppressing free speech by shutting down a dissident-run online newspaper just hours after its launch.

The news site was blocked in Cuba for a second day Thursday, but its creator, prize-winning blogger, Yoani Sanchez appeared to shrug off the setback.

"Nothing is more attractive than the prohibited," she said on Twitter.

She said the challenge was to refresh the site several times a day, although there was no new content Thursday except for an updated cultural agenda and weather report.

The State Department said Havana's decision to block Internet transmission of the new 14ymedio online newspaper restricted Cubans' "freedom of expression and of the press."

"The Cuban government continues to limit fundamental freedoms, including freedom of expression and of the press, freedom of assembly, and the free flow of information to, from, and within the island," the US statement said.

The statement added that President Barack Obama "will continue to stand up for those rights and encourage others to do so as well."

In Miami, the Inter-American Press Association, which represents publishers and editors from around the region, also criticized the Cuban government.

"Unfortunately, this censorship shows that the Cuban government continues to think that freedom of expression is a concession that is granted by the authorities, not a human right, that no one may criticize them and they do not have to give any explanation to their citizens," said Claudio Paolillo, the head of IAPA's committee on press freedoms.

Sanchez had hoped that her online media venture would be Cuba's first independent news outlet in 50 years.

People in Cuba who tried to access the site however, were redirected to another page, Yoani$landia.com, filled with attacks on the prize-winning writer and pieces by pro-government bloggers.

People outside Cuba trying to view the site were able to do so without difficulty, however.