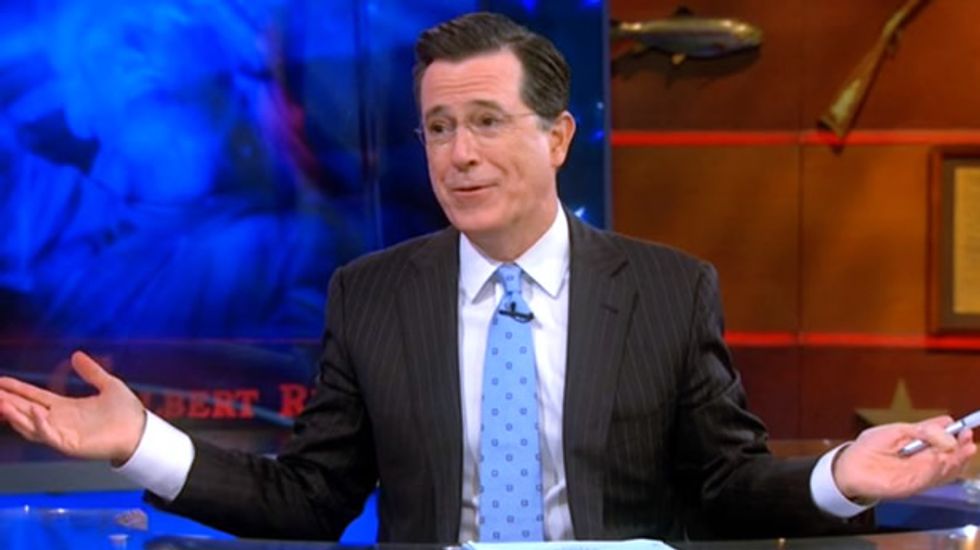 On last night's Colbert Report, Stephen Colbert mocked Bill O'Reilly's "Watters' World" segment, "named after one of the successful and critically acclaimed films of all time."

Colbert then showed another clip, in which Watters purportedly went to Columbia University and was unable to find students with an opinion on the Russian invasion of Ukraine, and also interviewed three girls in bikinis who could not tell him the current unemployment rate.

Aiming to recreate Watters' results, Colbert decided to send his building manager, Tad, to Columbia. "Of course, I can't go interview people myself," he said, "because I have a medical condition where I don't want to."

So Tad took to Columbia armed with pictures of Joe Biden, John Kerry, and Elena Kagan "to see how misinformed today's youth are," only to find out that Columbia students not only don't wear bikinis to class, but they're remarkably well-informed.

"Those kids are so stupid," Colbert said. "I can't believe those young people are the future."

Watch the entire segment from the May 1, 2014 episode of The Colbert Report below via Hulu.