Stephen Colbert: Racism goes away naturally if you stop talking about it -- just like STDs 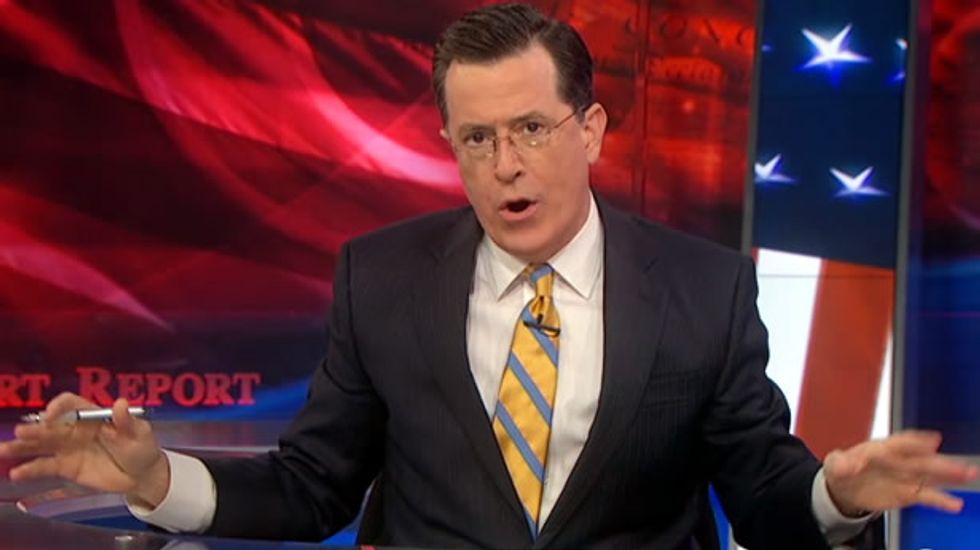 "No one condemns [Sterling's racist comments] more than I do," Colbert began, "and yes, it is a contest."

"But the man was fined $2.5 million and suspended for life, so the story is over," he continued, "so let's move along. Because I believe that racism goes away naturally if you stop talking about it -- just like STDs."

"So I was especially hurt," he said, "this past Sunday to see the tallest friend of this show, Kareem Abdul Jabbar, going after 'Whitey.'"

He then cut to a clip of the basketball legend speaking on This Week with George Stephanopoulos, in which he said that he had done "some research, and more whites believe in ghosts than believe in racism."

"That's right," a stunned Colbert responded. "All white people believe in ghosts," he said, as a picture of a child in a white sheet dressed as a ghost for Halloween appeared beside him -- "and don't believe in racism," he continued, next to a stock photograph of a member of the Ku Klux Klan.

"Even if that's true," Colbert said, "that gives white people something to be afraid of. If I wake up in the middle of the night and hear things rattling around downstairs, I've got two options -- either it's a ghost, or it's a black guy."

"I mean, c'mon Kareem! We both know that if you saw a shrieking, spectral figure gliding toward you on a sidewalk, you'd cross to the other side of the street."

"But I'm going to let you slide on this one," Colbert concluded, "because you're a friend, and because in this case, it's easy to mix up racism and ghosts, because Donald Sterling is both a racist, and looks like Slimer."

Watch the entire May 5, 2014 episode of The Colbert Report via Hulu below.