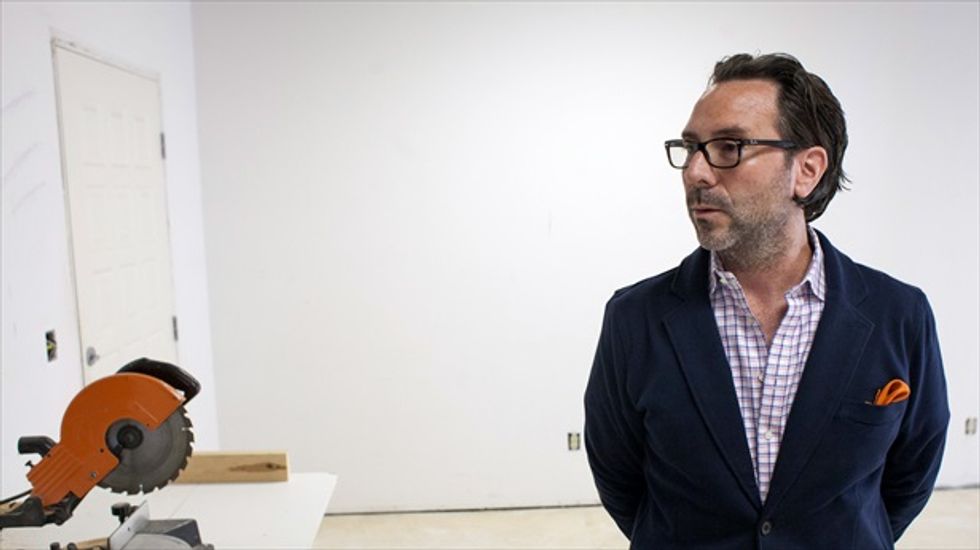 GIG HARBOR, Washington (Reuters) - Tedd Wetherbee spent months, and at least $30,000, setting up his marijuana shop in the Puget Sound hamlet of Gig Harbor, and planned a grand opening once his Washington state retail license was issued in July.

Then, with no word of warning, the local city council voted unanimously last month to enact a 6-month emergency moratorium on pot businesses, citing concerns they could violate a buffer zone between marijuana sales and schools.

"I was just shocked. I've signed a 5-year lease here. I've got $6,000 worth of tile arriving next week," said Wetherbee, standing in his unfinished shop, The Gallery. "It's dead now."

As Washington state phases in a voter-sanctioned system to allow and regulate recreational pot, nearly 50 municipalities have enacted bans, moratoria and restrictive zoning ordinances, largely citing fears of a federal crackdown, their children getting high, and costly enforcement.

Cries of frustration and lost investment dollars have reverberated across the state, with investors and pro-pot activists warning the bans will reduce tax revenues and delay the long-term goal of quashing the black market, a major selling point of ending prohibition.

Opposition had been simmering and played out broadly along geographic and ideological lines. Liberal Seattle, the birthplace of grunge music and Starbucks coffee, is welcoming pot shops while the more conservative eastern agricultural hubs Yakima and Wenatchee pursued outright bans.

Some bans are more nuanced, such as those in the posh wine-tasting Seattle suburb of Woodinville as well as in heavily immigrant SeaTac. The Yakama Nation, a Native American tribe, has banned pot on reservation land, citing concerns about its effect on youth.

A smooth rollout is key to proponents of legal recreational pot, who hope to woo Alaska voters to legalize it in November. Similar legalization campaigns are in the early stages in Arizona, California, Maine and Nevada, among others.

But the rollout already appears bumpier in Washington state than it was in Colorado, where the nation's first commercial pot stores opened with few hiccups under a similar scheme in January, legalization advocates said.

The Washington bans mean that about a million residents, largely in southern and eastern portions of the state, may have to drive up to hundreds of miles if they want to buy grams of Kush and trippy gummy chews, says the Seattle-based Center for the Study of Cannabis and Social Policy.

The state used a lottery system to issue 29 producer and processor licenses, with the first retail store permits expected in July. The restrictions came after Washington's top lawyer said last year that local governments could decide for themselves whether to allow such shops.

Kevin Sabet, executive director of anti-legalization group Project SAM, said local prohibitions reflect a growing distaste for what legal pot looks like on the ground, even in places that voted in favor of legalization.

"We are going to continue to see it grow," Sabet said.

Many communities are also deeply opposed to policing the business only to see taxes generated by their shops funneled into state - not local - coffers, especially with up to $2 billion in revenues expected over five years.

Furthermore, some localities prefer to delay opening pot businesses to gauge the U.S. government's response to an industry built on a drug that remains federally outlawed, despite overtures by the Obama administration to grant leeway.

"We need more than just a wink and a nod," said Dan Roach, chair of the Pierce County Council, whose ordinance essentially bans pot until the U.S. Congress legalizes it.

Nearly 30 cities have enacted 6 to 12-month moratoriums, including the Seattle suburb of Redmond, home of Microsoft, though moratoria have been dropped in 11 cities, a trend that could continue if legalization is viewed as successful.

Investors and activists are pursuing workarounds, such as legislation to block pot bans and inject tax revenues locally, and schemes such as home delivery, which have yet to gain traction. A Seattle law firm said it may sue one eastern city, arguing that its ban violates the state constitution.

Arbormain, his firm's portfolio company, looked at two cities, Kent and Chehalis, to build a $20 million "cannabis business park" to lease to pot growing and processing businesses, with the potential of adding 200 jobs over time.

But Kennedy scrapped the plans after Kent passed pot business restrictions and a local sheriff told news media the plan was unlikely to happen "at this address or any address in the near future."

[Image: Tedd Wetherbee stands inside the planned location for The Gallery, his marijuana retail outlet in Gig Harbor, Washington May 7, 2014. By David Ryder for Reuters.]

U.S. workers continue to get sick and die from COVID-19 largely because the Trump White House refused to safeguard them with federally enforceable protections.

Michigan House Republicans unveiled their own COVID-19 recovery plan on Wednesday, using the proposal to blast Gov. Gretchen Whitmer and threaten to withhold billions in federal funds unless the administration gives up pandemic powers. Specifically, the House wants the governor and state health department to give up the authority to ban in-person school or sports in response to a health emergency, transferring that power to local health departments. Although Whitmer and the state health department issued orders through authority granted to the executive by previous legislatures, lawmakers cont...

A Michigan militiaman has agreed to cooperate with prosecutors to unravel the plot to kidnap Gov. Gretchen Whitmer and execute her for "treason."