Ta-Nehisi Coates on 'colorblindness': 'Color isn't the problem. Racism is the problem' 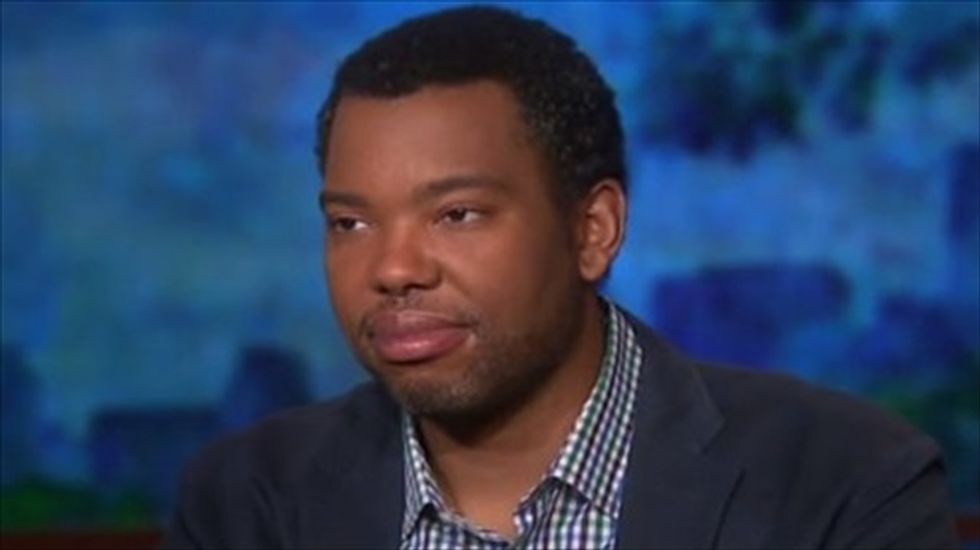 Author Ta-Nehisi Coates expanded on his vision of social justice for the U.S. in an interview with Bill Moyers on Friday, pointing to Supreme Court John Roberts' reasoning for scuttling affirmative action guidelines as part of the problem.

Coates explains in his latest piece for The Atlantic, "The Cost of Reparations," that white supremacy did not end with the abolition of slavery, but was instead adapted for later generations through waves of socioeconomic policy that connsistently left African-American communities having to catch up even when the policies were hailed by progressives.

For example, he told Moyers, the implementation of Social Security originally excluded domestic workers, the majority of whom were African-American. Though Black workers were later allowed to join the Social Security system, Coates said, that delay "injured" thousands of them in a way similar to that caused after many Southern states refused to expand their Medicare programs as part of the Affordable Care Act.

"The fact that it gets fixed will not close the gap," Coates said. "So the question becomes: why do we keep doing that? Why do we look at a map of 'Obamacare,' as they say, where Medicare expansion has gone through and where it hasn't and why do we see this swath of the country that's identical to where we had plantation slavery?"

For that reason, Coates said, he was not asking Moyers or white people to see themselves as "enslavers" when reading the Atlantic piece, but rather to consider how many freedoms Americans currently enjoyed stemmed from institutionalized mistreatment of African-Americans.

"The early American economy was built on slave labor," Coates wrote. "The Capitol and the White House were built by slaves. President James K. Polk traded slaves from the Oval Office. The laments about 'black pathology,' the criticism of black family structures by pundits and intellectuals, ring hollow in a country whose existence was predicated on the torture of black fathers, on the rape of black mothers, on the sale of black children. An honest assessment of America's relationship to the black family reveals the country to be not its nurturer but its destroyer."

Watch Moyers' interview with Coates, as aired on Friday, below.