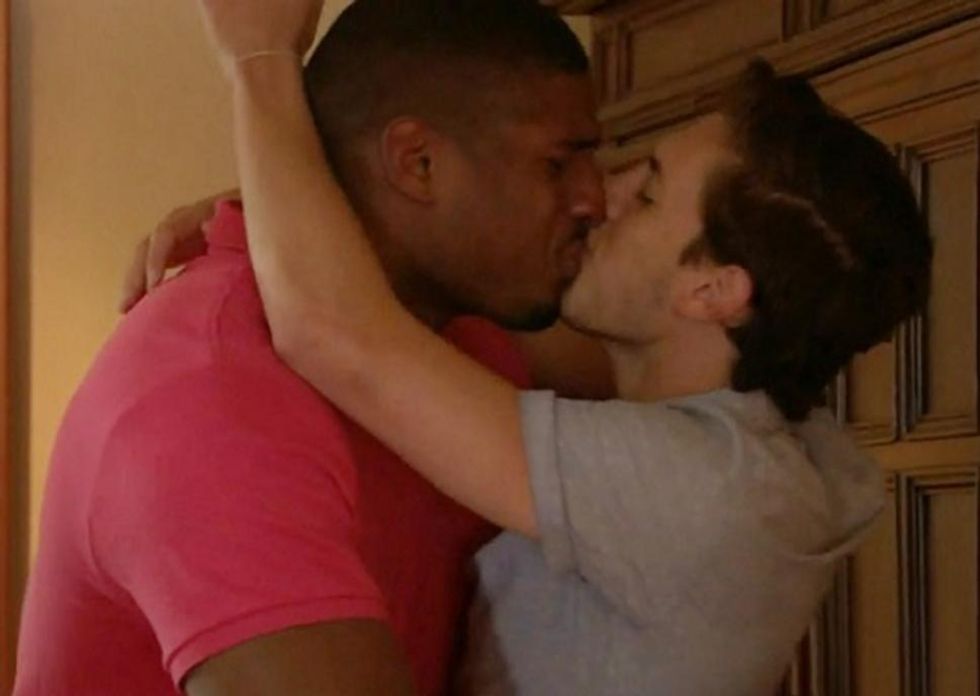 Tea Party Nation president Judson Phillips sent out a column by conservative activist Alan Caruba to the group's thousands of supporters on Monday enlisting them in an effort to have the image of NFL draftee Michael Sam's kiss with his boyfriend expunged from the airwaves.

Right Wing watch reported that Caruba called the kiss between Sam and his boyfriend "nauseating" and "lugubrious" and blasted the permissiveness of a culture that would allow a same-sex kiss to be repeatedly shown on television.

"I like to think of myself as a tolerant person," began Caruba, in the column, which was titled "Too Much Gay Everything."

"I have, however, one prejudice that is based on biology and history," he claimed.

"Michael Sam, the first openly gay professional football prospect, made history when he was filmed by an ESPN crew giving his lover, Vito Cammisano, a long, lugubrious kiss to celebrate being selected in the National Football League draft on May 10th," Caruba continued. "The sight of two men kissing passionately was not something I and a lot of other folks wanted to see."

The sight of two men kissing, he said, "was nauseating to any heterosexual having to witness it or explain it to their children."

"We need to understand that being gay is not normal," he insisted. "Biologically, species exist because the male and female genders exist for the purpose of procreation and propagation. Historically, gays have been held in disdain in every era of civilization. Today in the Islamic Middle East you can be killed for being gay."

"I don’t want to hear much about gays for any reason," he wrote. Today's youth, he lamented, are being "systematically taught to accept homosexuality as just another version of normality."

"I don’t want to see another kiss like Sam and his lover shared on television," Caruba concluded. "I don’t care what they do in their private lives, but I want it to remain private."

Watch video of the now-infamous kiss, embedded below:

(Reuters) - A federal judge on Tuesday blocked a New Jersey law authorizing the state's attorney general to sue gun manufacturers and sellers for endangering public safety, finding it ran afoul of a federal law protecting the gun industry from such claims.