Teen says he was beaten, falsely arrested by cop husband of teacher who sexually abused him 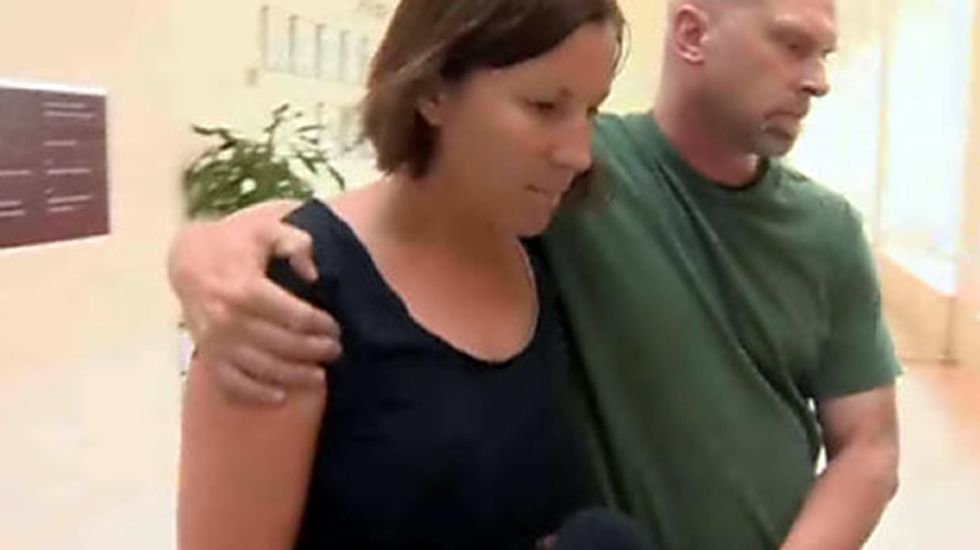 According to a lawsuit filed in Oregon this week, an Oregon police officer assaulted and falsely arrested a high school student who he believed had had sex with his schoolteacher wife.

In February, former Sherwood High School teacher Denise Keesee pleaded guilty to sexually abusing a 16-year-old boy in 2008. Her relationship with the boy was discovered by his mother, who found inappropriate text messages between Keesee and her son.

She also admitted to having an inappropriate relationship with another student in 2012, but investigators determined that the student was 18 at the time it occurred.

Keesee did not plead guilty to charges involving another boy who not only alleged that she sexually abused him, but that her police officer husband, Adam Keesee, intimidated and harassed him to keep silent about the abuse.

The Oregon State Police investigated the allegations of this teen -- who is known as "J.M.O." in court documents -- and found that while there was clearly "bad blood" between Officer Adam Keesee and the teen, there was no evidence that Keesee had committed a crime.

According to the teen, Officer Keesee once tackled him at a football game, claimed that a phone he was carrying was a gun, and then "walked him handcuffed in front of other students and their parents and friends, directly past a line of teachers and administrators, thoroughly embarrassing [him] and putting [him] on display as if [he] were a criminal."

Another time, he detained the teen under false pretenses, put him in a holding cell, and then took a photograph of him. He then sent the photograph to his wife, who enlarged it, then used it as an example of a drug dealer in her debate class.

When the teen complained, Officer Keesee came to the school and choked him. "Adam Keesee's hands squeezed around plaintiff's neck, defendant Adam Keesee yelled that if plaintiff had anything to say to him, that he should say it to his face, that he could kick plaintiff's 'ass,' 'badge or no badge.'"

Deputy District Attorney Brian Brock wrote that "Officer Keesee's conduct was motivated by personal gain and designed to harm (the student)," but that "[w]hile his conduct is unprofessional and may fall under some general policy dealing with ethics and professionalism, nothing specifically prohibits this conduct such that one could say Officer Keesee knowingly committed an unauthorized act."

The investigation cleared him of criminal charges.

J.M.O. is suing Keesee, the City of Sherwood, as well as five other John Does for $1.5 million for violating his civil rights, assault and battery, false arrest, and intentionally inflicting emotional distress.

Watch a report on the original charges against Denise Keesee from KPTV below.