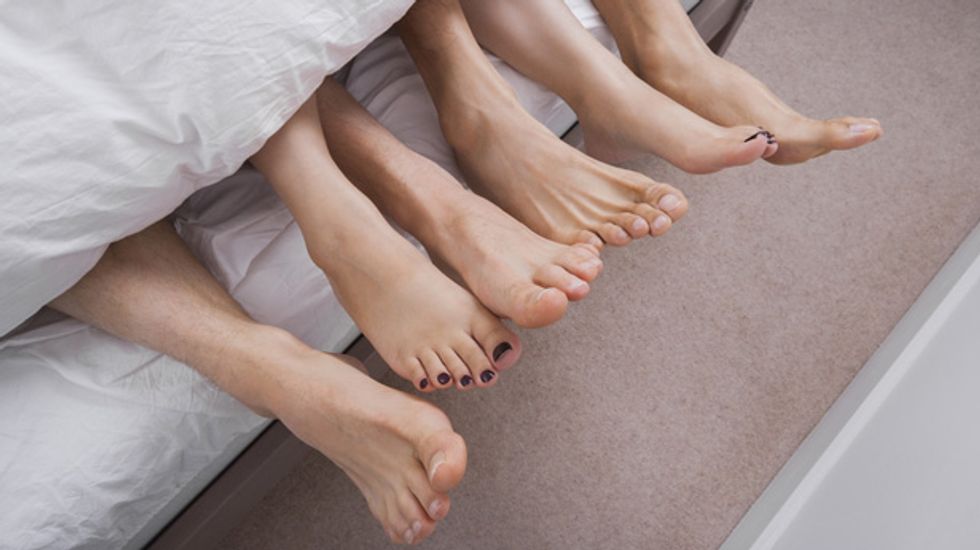 San Antonio police are investigating a woman whose husband  plunged 18 stories to his death from a hotel balcony following an argument with her after she allegedly refused to engage in four-way sex with another couple.

According to police, the wife of Michael A. Ochoa, 46, gave multiple versions of the events leading up to her husbands fall, saying he had assaulted her after she changed her mind about the planned sexual encounter, reports MySA.

Police arrived at the Hilton Palacio del Rio hotel to find Ochoa's wife crying, with scratches on both of her arms and one fingernail ripped off. According to police her speech was slurred and her breath smelled of alcohol. The woman, whose name has not been released, gave the investigating officers three different versions regarding what had occured prior to their arrival.

According to the police report, in the first version delivered by the woman, she explained that the couple had decided to to have sex in their room with another couple. When that other couple arrived, she said she had “second thoughts,” which angered her husband. She claimed that after the other couple left the room her began punching her in the head before walking out onto the balcony where she couldn't see him.

In a second version, she stated that her husband had been fighting with a member of the other couple and when she tried to intervene, both of them turned and assaulted her. After the couple left, her husband went out onto the balcony.

According to reports hotel security arrived at the room, entered when nobody answered their knock and the woman told them her husband was on the balcony.

After searching the balcony, the security officers saw Ochoa's body floating in the river below.

Police officers recovered Ochoa's unresponsive body from the water and reported that he had scratches on his back and hips, but could not ascertain the full extent of his injuries at the time.

According to police, there were signs of a struggle in the hotel room, but not on the balcony

Hotel surveillance video showed the other couple walking calmly out of the hotel without any noticeable injuries.

No one has been charged in the incident.

[Woman and men in bed on Shutterstock]