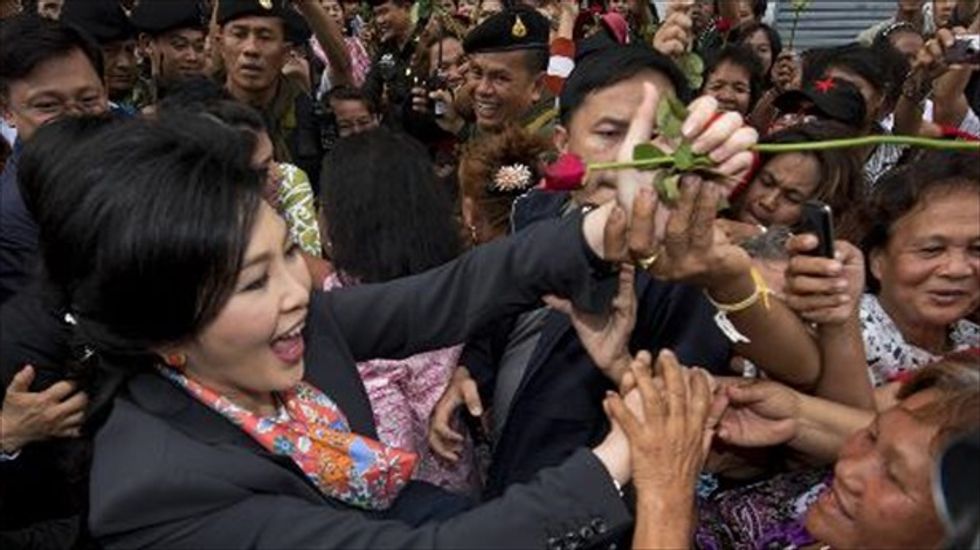 Ousted Thai prime minister Yingluck Shinawatra (L) receives a rose from supporters in a suburb of Bangkok on May 7, 2014 [AFP]

Former Thai prime minister Yingluck Shinawatra has been detained by the military junta that seized power in a coup, a source in her Puea Thai party said on Saturday.

"It is confirmed that she was detained by the military since she reported to the junta yesterday," said the source, who was present when Yingluck answered a call by the junta to present herself to the army on Friday.

The kingdom's tough-talking army chief Prayut Chan-O-Cha deposed the civilian government on Thursday, the latest twist in years of escalating political turmoil in a move that drew a chorus of international criticism.

Yingluck, who was removed from office in a controversial court ruling earlier this month, was among more than three dozen prominent figures from both sides of Thailand's political divide summoned by the junta.

She reported to a Bangkok army facility and had not been seen in public hours later.