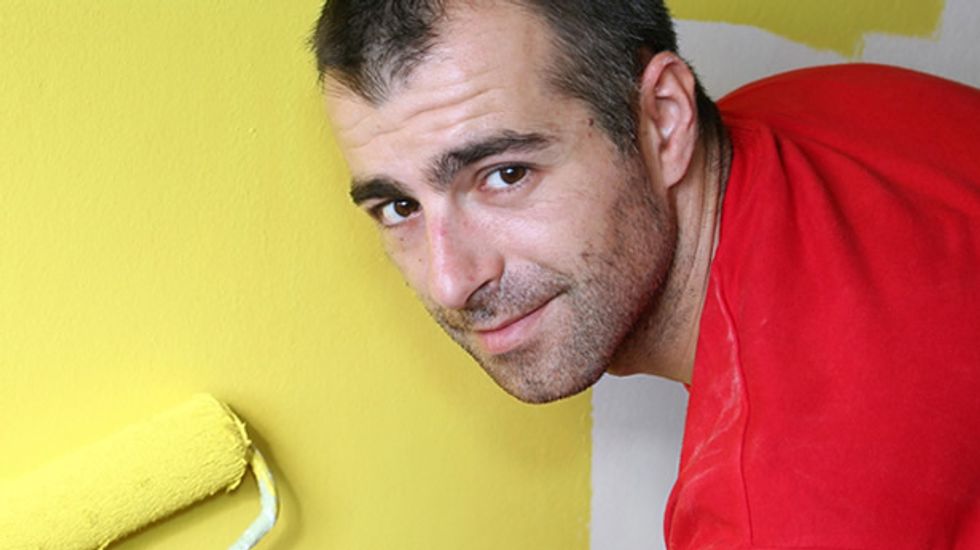 West Virginia school officials have painted over a Bible verse on a gymnasium wall after receiving complaints from an atheist activist group.

The Wisconsin-based Freedom from Religion Foundation (FFRF) sent a letter to officials with the Wood County School District last month claiming that the Scripture on the wall of Parkersburg South High School violated the separation of church and state.

FFRF attorney Patrick Elliott told WTAP that he was disappointed that "we needed to point out the obvious fact that this cannot be a team’s motto, that this is unconstitutional for a public school to endorse or advance religion. And so that was [what we said in] our letter to the superintendent on April 11 about that being the team’s motto."

"We asked [Parkersberg South] to take it down," Pat Law, the superintendent of the Wood County School District told WTAP. "We have to follow the law—whatever that law might be. We’re going to be certain that everyone’s rights are being protected."

Jayme Fife, a man whose relatives attended Parkersberg South, said "if it inspires youth to be a part of something, to be part of a team, to be part of an organization, if it inspires them to be better, I don't see why it's such a big deal that, okay, this particular one happens to come from the Bible."

Many in town agree with him.

After the decision to paint over the verse, signs began appearing around town that read "Hey Wisconsin mind your own business."

Brad Woodburn, who owns Rubin's Deli, in which one of those signs was posted, told WTAP that the school board's first responsibility was to "stand up for the kids, that's what it's about. And if a few choose to want to have that on their shirt, that's fine. It wasn't forced or anything."

Last week, a lawyer representing some of the wrestlers, Bill Merriman, was notified by the school board that it had approved the Fellowship of Christian Athletes' application to start a chapter in Parkersberg South.