Tucker Carlson: Pointing out my 'white privilege' is a 'racist attack' 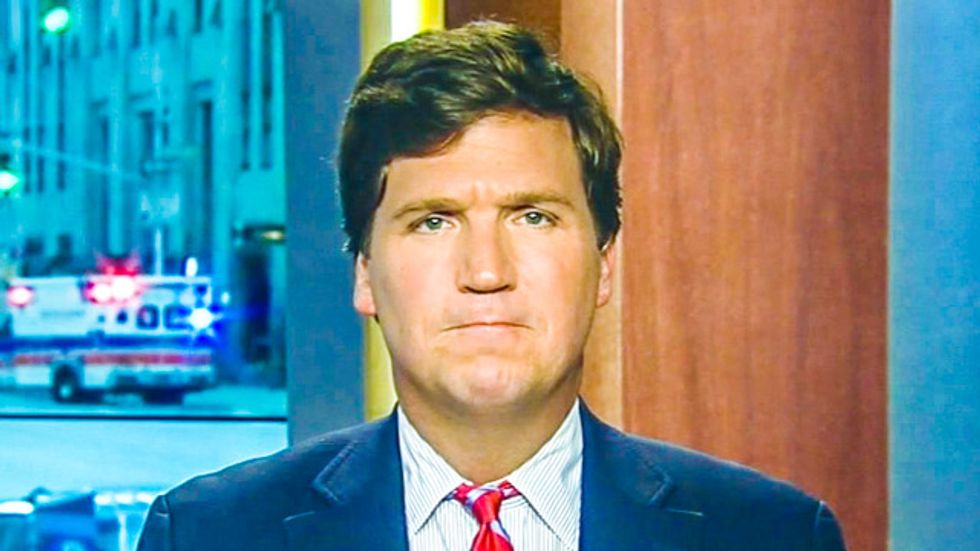 Fox News host Tucker Carlson on Sunday said that liberals were making a "racist attack" by pointing out that "white privilege" exists in America.

During an interview on Fox News, Carlson noted that conservative columnist Kurt Schlichter had been criticized for a recent column claiming what people thought was white privilege was "just me being better than you."

"I mean, it's silly on its face," the Fox News host opined. "Some white people are privileged, some aren't. Some black people are, some aren't. It's strikes me as, by definition, a racist attack in that it's making a generalization -- a negative one -- based on skin color."

"Absolutely," Schlichter insisted. "Absolutely, it's un-American and immoral. It makes you forever and forever stuck in one category."

"All of us have worked, all of us have achieved something," he continued. "That is how we measure character, that's how we measure what the value of a person is, not some arbitrary category imposed by some ponytailed grad students who have taken too many gender study seminars."

"That is just so fantastic," Carlson smiled.

"Privilege is designed so its not an argument, so you can't change your mind," Schlichter explained. "You can't come and say, here's fact that should totally change your perspective, and have them say, 'Wow, I was wrong. Gee, Tucker, I'm not going to evaluate you because some great uncle came from Copenhagen.' This is designed to shut down arguments."