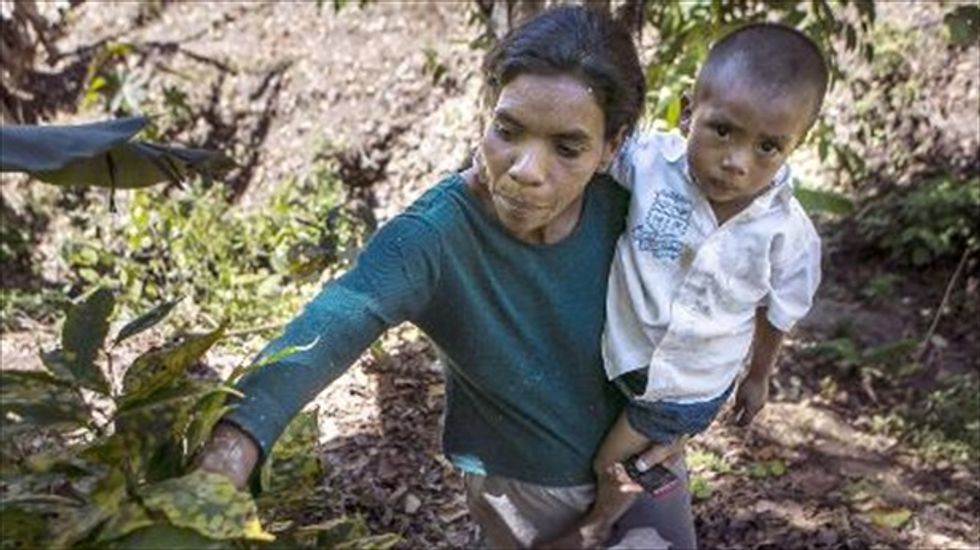 The U.S. Agency for International Development said the outbreak of coffee rust has caused $1 billion in damage in Central and South America and the Caribbean since 2012 and threatens a half-million jobs.

"Coffee rust threatens more than your morning coffee -- it affects jobs, businesses, and the security of millions across the Americas," USAID Associate Administrator Mark Feierstein said.

"We must tackle this outbreak to ensure farmers and laborers have stable incomes, don't start growing illicit crops, or be forced to migrate because they can no longer support their families."

According to World Coffee Research, the rust fungus first showed up in Arabica plants in Guatemala in 2010 and accelerated two years later, with some evidence that global warming has enabled the fungus to spread.

Crop yields have fallen 30 percent in Guatemala and 20 percent more widely in Central America and Jamaica, according to data from the regional association Promecafe.

USAID Administrator Rajiv Shah said the disease is also threatening the larger Arabica crops of Peru and Colombia, where the agency has supported the development of fair trade coffee as an income builder for farmers.

The program with Texas A&M will develop rust-resistant, high-value coffee strains and help introduce them around the region, and also develop methods to control the spread of the fungus.

Major U.S. coffee vendors Starbucks, Peet's Coffee & Tea and Keurig Green Mountain depend on the Latin American producers for a significant portion of their beans, paying higher prices than those for commodity beans under fair trade arrangements to ensure reasonable livelihoods for small farmers.

The USAID effort is part of the larger Feed the Future poverty-fighting program of President Barack Obama's administration, which has efforts in at least 19 countries.

Shah said the program has pulled 24,000 families out of poverty in Honduras alone by helping them grow higher-value crops like quality Arabica beans.