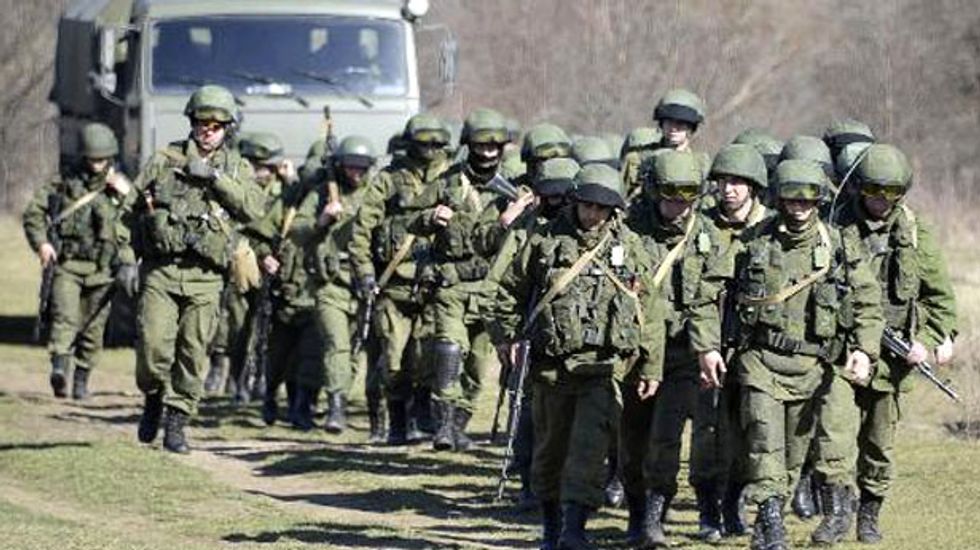 The United States Monday said it needed "firm evidence" that Russia was withdrawing its forces from the borders of Ukraine, following President Vladimir Putin's order for his forces to pull back.

A senior US official, speaking on condition of anonymity, said that such a move would be welcome if it occurred, but added that so far there was no evidence that a pull back was taking place.

Russia said that it had ordered the end of military exercises near its border with Ukraine, days ahead of a crucial presidential vote aimed at bringing the country out of crisis.

In a move that could ease tensions, Putin's office said he had ordered thousands of Russian troops deployed in border regions to return to barracks after the end of spring exercises.

The US official insisted that the troops had never been conducting "exercises" near the border.

"They've been up in the border in a menacing posture," he said, and cautioned that so far "we haven't seen evidence of them" withdrawing.

"We've heard from Russian leaders in the past that they were removing troops from the border and they haven't done so," the official said, adding that Washington would closely track the situation over the next few days.

"We'll want to see clear, firm evidence of this move before we make any judgement," the official said.

Earlier, NATO Secretary General Anders Fogh Rasmussen said he had no evidence that Russian troops were withdrawing from border positions.