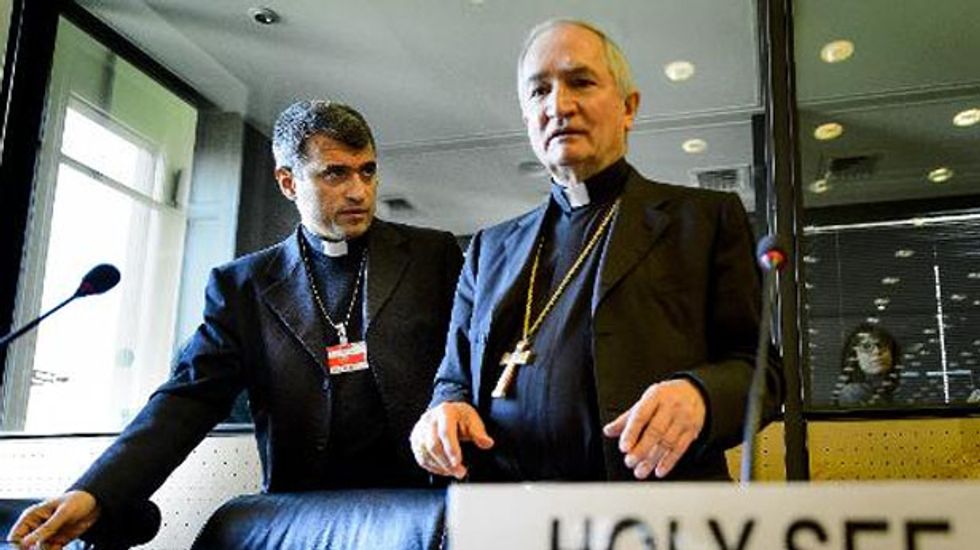 A UN anti-torture watchdog on Monday began a two-day grilling of the Vatican over its efforts to stamp out child sex abuse by priests.

The hearing is the Vatican's first since 2002, when it signed up to an international convention banning torture as well as cruel, inhuman and degrading treatment.

Victim support groups insist that the rape and molestation of children by the clergy and lay personnel falls under the terms of the convention.

They are hoping that the Vatican will face similarly-scathing criticism as it did in January when it came before a UN children's rights watchdog.

That panel condemned the Vatican for failing to do enough to stamp out abuse and for allowing systematic cover-ups around the glove, despite pledges to adopt a zero-tolerance approach.

The Roman Catholic Church has been shaken by a decade-long cascade of scandals involving child abuse by priests and Catholic lay officials, from Ireland to the United States and Australia.

Hundreds of predatory priests have been defrocked, but critics say Vatican action has been too slow and failed to stem the scourge of paedophile clergy.

Addressing the opening of the UN committee session on Monday, the Holy See's UN envoy Monsignor Silvano Tomasi said the Vatican lent the battle against torture "a crucial moral voice in its support through its teaching".

"It should be stressed, particularly in light of much confusion, that the Holy See has no jurisdiction over every member of the Catholic Church," he told the panel.

"The Holy See wishes to reiterate that the persons who live in a particular country are under the jurisdiction of the legitimate authorities of that country and are thus subject to the domestic law and the consequences contained therein. State authorities are obligated to protect, and when necessary, prosecute persons under their jurisdiction," he said.

Campaigners repeatedly have condemned the Vatican and individual dioceses for allowing the transfer of abusers to new parishes within countries, and even across borders, in an alleged attempt to cover up their crimes and keep them from the clutches of justice.

"The purpose of the convention is to ensure that parties take measures to prevent the commission of violations," committee member Felice Gaer told the Vatican delegation.

"The convention aims to ensure there is no safe haven for perpetrators of torture, or cruel, inhuman and degrading treatment," she said.

Fellow committee member George Tugushi said: "We all know that the Catholic Church is against violence.

"Yet we can see that child abuse cases have not been addressed for decades."

The anti-torture committee session opened two days after a Vatican panel announced that it would develop "best practices" to curb abuse and protect minors.

"We see ensuring accountability in the Church as especially important, including developing means for effective and transparent protocols and processes," said the Vatican panel, which includes prominent Boston Archbishop Sean Patrick O'Malley and Irish abuse victim and campaigner Marie Collins.

The panel "adopted the principle that the best interests of a child or vulnerable adult are primary when any decision is made," a panel statement said.

The Vatican has been more proactive in recent years in investigating allegations of abuse and listening to victims, and has promised zero tolerance for abusers.

But it faces a backlog of thousands of cases and has been criticised for failing to do enough to punish predatory priests or the senior clergymen who covered up for them.

Donald Trump, the former president, has given at least 22 interviews to 17 different writers in an attempt to keep his name alive in the press as much as possible over the next few years, but two reporters who have written bombshell books revealing some of the worst things he's said and done have been banned.

The Washington Post's Bob Woodward and Robert Costa, who separately have written damning books on Trump, will not be invited to Mar-a-Lago to be wined and dined by the former president, unlike far right wing editor at The Federalist Mollie Mollie Hemingway, who was gifted with not one but two interviews, Axios reports.