WATCH: John Oliver predicts what happened this week so he can have Memorial Day off 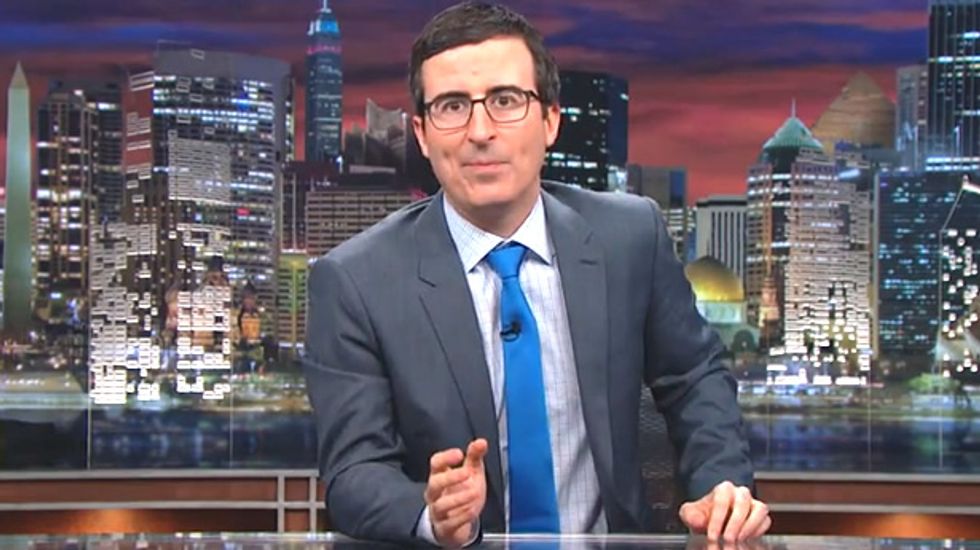 In order to justify taking Memorial Day weekend off, Last Week Tonight with John Oliver taped a five minute segment predicting what would happen this week.

Oliver began with an easy prediction, that "Lebron James dunked a basketball -- forcefully -- several times in front of Miami's largest collection of assholes."

"Easy bet, right?" he asked. "Additionally, an old rich man last week was accused of racism or sexism and while trying to explain them away only seemed more racist or sexist. I'm not sure who that was, but we haven't heard much from Donald Trump in a while, so I'm guessing that was him."

"In international news," he continued, "the situation in the Middle East was, let's say, 'complicated.' But those were all easy. Let's try something a little more speculative."

"In Mexico," he said, "congratulations to the drug cartels, which last week celebrated killing their one millionth bystander."

He also made predictions about the future of General Motors, the Papacy, and the NFL.

Watch the entire clip from Last Week Tonight with John Oliver below.