'We're not backing down': More than 100 arrested during protest at McDonald's HQ 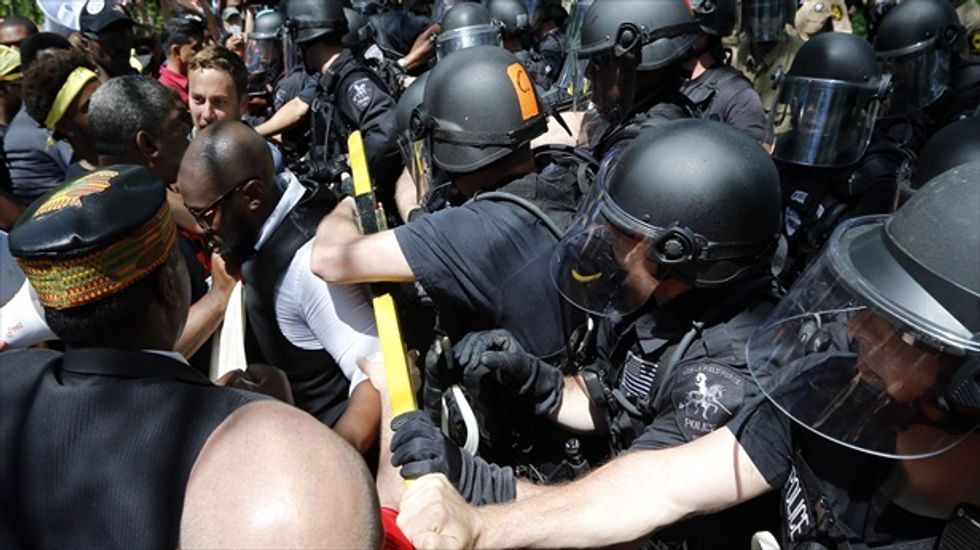 (Reuters) - Police on Wednesday arrested more than 100 demonstrators seeking better pay for McDonald's workers as protesters swarmed the fast-food chain's corporate campus near Chicago to demand a minimum wage of $15 an hour and the right to unionize.

The latest protest against McDonald's Corp, the world's biggest restaurant operator by revenue, came a day ahead of a shareholder vote on executive pay, including that of Chief Executive Don Thompson, who earned total compensation of $9.5 million in 2013.

Frequent rallies by low-wage restaurant and retailer workers have helped fuel a national debate on pay inequality at a time when many middle- to low-income Americans are having trouble making ends meet.

Jessica Davis, a 25-year-old McDonald's crew trainer with two children, said CEO Thompson is earning his millions on the backs of working mothers and fathers.

"We need to show McDonald's that we're serious and that we're not backing down," said Davis, who works at a Chicago McDonald's and earns $8.98 per hour.

McDonald's, which is grappling with sagging U.S. sales and spikes in beef prices, does not disclose average pay for restaurant workers, most of whom work for franchisees.

According to the Bureau of Labor Statistics, the 3.5 million fast-food and counter workers in the United States earn a median hourly wage of $8.83, or about $18,400 per year based on a 40-hour work week without vacation.

"It's time for the McDonald's Corporation ... to stop pretending that it can't boost pay for the people who make and serve their food," Mary Kay Henry, president of the Service Employees International Union (SEIU), which has supported the efforts of McDonald's low-wage workers, said in a statement.

Henry was among those arrested at the protest, in Oak Brook, Illinois. Organizers said 2,000 people turned out for the rally.

A recent report from New York think tank Demos found that the CEO-to-worker compensation ratio for the fast food industry was more than 1,000-to-1 in 2013.

The measure asks shareholders to vote on the way the company formulates compensation for its executives.

Officials of the California State Teachers' Retirement System (CalSTRS) and the Florida State Board of Administration said they would vote in support of the measure.

Chipotle Mexican Grill shareholders, in a non-binding vote, on May 15 voted more than 3-to-1 against an advisory pay proposal from the popular burrito seller, which gave co-CEOs Steve Ells and Monty Moran total 2013 compensation of $25.1 million and $24.4 million, respectively.

Washington, D.C. and 21 states have minimum wages higher than the federal level of $7.25.

[Image: Demonstrators clash with police during a protest at the McDonalds headquarters in Oak Brook, Illinois, on May 21, 2014. By Jim Young for Reuters]