When reporters attack: The set-busting brawl that CNN might learn from 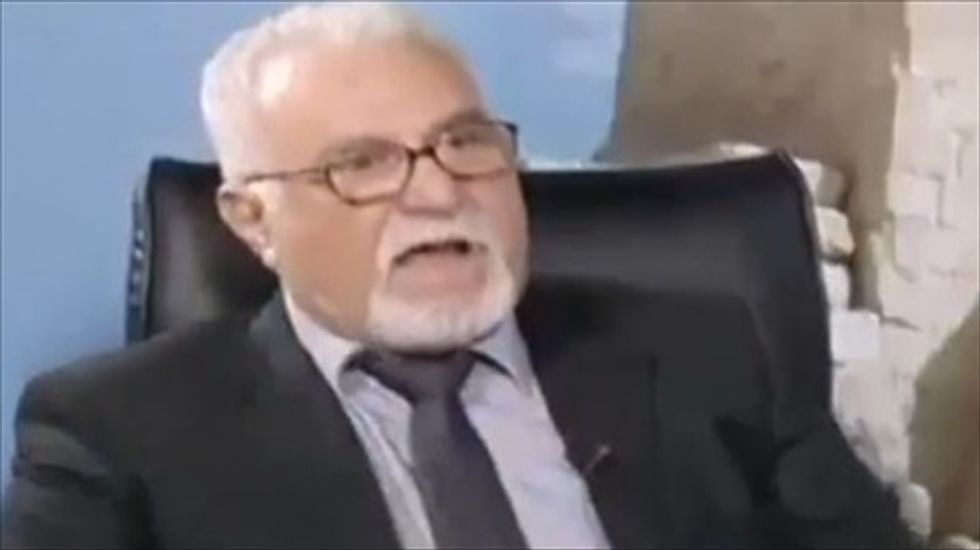 "Of course they shouldn't do that," Uygur said after watching the scuffle between Shaker al-Johari and Mohammed al-Jayousi. "But come on, who's gonna deny that that was the best piece of television in Jordanian TV history?"

According to The Telegraph, the fight aired live Tuesday night on Jordan's Seven Stars network, when the two men were guests on Between Opposing Opinions to debate the country's ongoing civil war.

Al-Jayousi, who can be seen on the right in the clip below, allegedly accused al-Johari of being a "deviant" and supporting the opposition forces, to which al-Johari responded by saying al-Jayousi was taking money to support President Bashar al-Assad's regime.

At that point, al-Johari got up and the two men engaged in a sort of tug-of-war over the table separating the two men, with host Zuhair al-Azza struggling to control them.

The guests broke the top off the table, appearing to hit al-Azza on the head with it, before al-Jayousi walked toward al-Johari and kicks him in the shin. Al-Johari managed to push his opponent back as production staff made their way onto the set to break them up.

"That looked like nothing but fun to me," Uygur said. "I think that there's some chance that CNN would get slightly higher ratings here if those were the kinds of debate they had."

Watch the fight -- and Uygur's take on it -- as posted online on Thursday below.